Hundreds of crumbling courts and tribunals have outstanding repair jobs, new figures have revealed, as officials deal with thousands of new requests every month.

HM Courts & Tribunals Service, responding to the Gazette’s freedom of information request, confirmed that at the turn of the year 331 buildings had repair requests yet to be completed: this is 91% of all the 362 courts and tribunals across the estate, not including Nightingale courts.

Despite concerns that maintenance work might have been put on hold during the pandemic, HMCTS insists no jobs have been cancelled during lockdown. Nevertheless, the task of fixing buildings that have suffered from under-investment in previous years appears to be an onerous one, with the FOI response revealing that 5,000 new repair requests are raised every month across the estate. 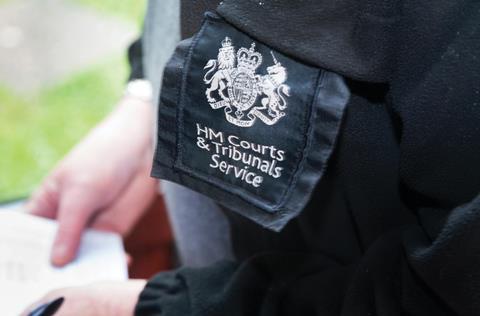 And the overall to-do list could be even longer: the 331 buildings recorded as requiring repair across the estate do not include capital maintenance requests, which typically involve large scale works such as replacing a roof or air handling system.

HMCTS said it is to be expected that such a large estate will have regular repair requests. From the start of April 2020 to the end of February this year, the contracted facilities manager ENGIE completed more than 50,000 reactive maintenance and repair tasks and more than 150,000 planned preventative site visits.

An HMCTS spokesperson said: ‘Our priority has always been to ensure the most urgent repairs are dealt with quickly so our buildings can continue to operate safely. We’re spending £153m to improve court and tribunal buildings – that’s the biggest single investment in the last two decades. This includes £103m for maintenance, with £40m for improvements to sustainability and £10m for regional projects.’