Supreme Court: Carers not entitled to minimum wage when asleep

Care workers who ‘sleep-in’ are not entitled to the national minimum wage when they are in bed, the Supreme Court has ruled.

Two care workers brought proceedings to recover arrears of wages on the basis they were entitled to be paid the national minimum wage for each hour they were asleep but required to be on-call. The claims were originally heard separately by the employment tribunal.

One appellant cared for vulnerable adults at their own home. When she worked at night, she was permitted to sleep but had to remain at her place of work. She had no duties to perform except to ‘keep a listening ear out’ while asleep and to attend to emergencies, which were infrequent. 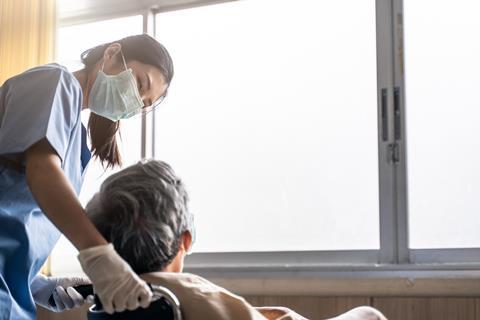 The other appellant worked at a residential care home. He was required to be present at the care home overnight and was allowed to sleep during that period. However, on rare occasions he had to assist if the night care worker on duty required his help during those hours.

For each night shift, the first appellant was paid £29.05 in total: an allowance plus one hour’s pay at the national minimum wage rate. The second was provided with free accommodation at the care home and paid a fixed amount per week.

In a judgment handed down this morning, the Supreme Court unanimously dismissed the carers' appeals. Lady Arden concluded that the meaning of the sleep-in provisions in the National Minimum Wage Regulations is that, if a worker is permitted to sleep during the shift and is only required to respond to emergencies, the hours in question are not included in the national minumum wage calculation, unless the worker is awake for the purpose of working.

The justice considered that previous cases, including one involving British Nursing, were wrongly decided and should be overruled.