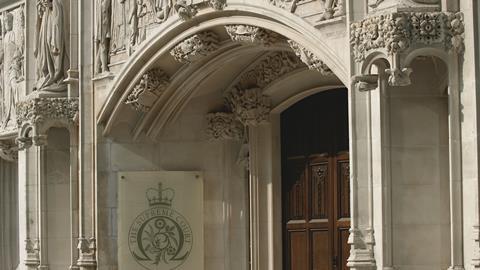 Supreme Court ruling on litigants in person could redraw CPR

The Supreme Court has been asked to decide whether litigants in person should be granted special dispensation in a case that could have far-reaching consequences.

Former LiP Mark Barton took his appeal to the court last week, arguing he was ill-equipped to understand the Civil Procedure Rules. A successful appeal could mean the rules are refreshed to adapt to the growing number of individuals litigating without legal representation.

This is believed to be the first time the Supreme Court has been asked to consider the unrepresented status of a non-compliant litigant.

Barton brought professional negligence proceedings against Midlands law firm Wright Hassall after it came off the record in 2007 in relation to a negligence claim against his former solicitors. Subsequently unrepresented, Barton emailed his claim form to Wright Hassall’s lawyers without confirmation that it would be accepted this way. The claim was subsequently ruled invalid.

A district judge ruled that Barton was not entitled to ‘special rules or indulgences’ and in March 2016 the Court of Appeal backed that decision.

In a one-day hearing at the Supreme Court last week, the appellant, now represented by barristers at Parklane Plowden Chambers on a direct access basis, argued that the rules are simply too complex for LiPs to navigate. Litigants attempting to access information are lost in a myriad of online options and jargon, the court heard.

With no appropriate guidance available, compliance with the rules was impossible and the law should make allowances, Barton argued. His lawyers told the court: ‘Judges at all levels appear to have substantially underestimated the difficulty that a LiP would have in relation to the commencement and service of a claim.’

Wright Hassall denies negligence and insists Barton has not been able to show any good reason why he could not have served his claim form properly.