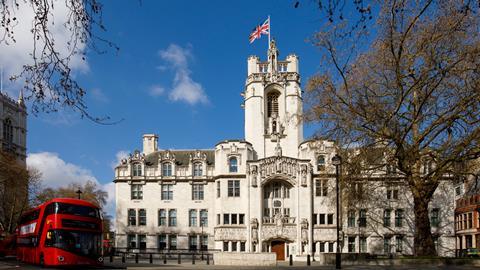 The Supreme Court has highlighted a legal loophole which means that, unlike individual solicitors, LLPs do not fall within a court’s power to enforce undertakings. Commentators warned that the ‘lacuna’ could cause new rises in lawyers' insurance premiums.

In Harcus Sinclair LLP v Your Lawyers Ltd handed down today, five Supreme Court justices consider whether a court’s inherent supervisory jurisdiction over solicitors – which allows it to enforce undertakings – should be extended to cover firms which have a separate legal personality. Undertakings are central to many areas of legal practice, particularly conveyancing.

The Supreme Court said the strongest argument in favour of extension is that ‘the court’s buttressing of professional undertakings within the provision of solicitor services ought fairly to be equally available across all types of provider’.

However, the judges concluded that it was not the right time to make such a decision. ‘We consider that a properly informed decision would much better be made with the assistance of submissions from the Law Society, and from any other professional or regulatory body with a legitimate interest,’ it said, adding that parliament should consider the issue.

‘In the meantime, we share the [CoA] judge’s concern about whether those dealing with incorporated law firms, and with solicitors’ LLPs in particular, are sufficiently aware that undertakings given by them are not currently buttressed by the court’s supervisory jurisdiction.’

The appeal itself concerns a dispute between two firms – Harcus Sinclair LLP and Your Lawyers Ltd – arising out of a group action against Volkswagen. In 2016, Your Lawyers approached Harcus Sinclair to suggest collaborating on the litigation. Harcus Sinclair went on to sign a non-disclosure agreement, which included a non-compete clause promising ‘not to accept instructions for or to act on behalf of any other group of claimants in the contemplated group action’ without Your Lawyers’ permission.

Iain Miller, legal services regulatory partner at Kingsley Napley LLP, said: ‘Today's decision raises an important issue for all those who give and rely on undertakings. Whilst it is still possible to report an LLP to their regulator for failing to comply or bring a breach of contract claim, both will take time. The absence of a summary remedy is significant; not least because solicitors' undertakings are seen as cast iron.’

Aman Johal, director of Your Lawyers, added: ‘Without absolute clarity on how the court’s supervisory jurisdiction operates over entities through which solicitors practise, conveyancing and many other sectors could face difficult times ahead and solicitors professional indemnity insurance premiums may yet rocket further.’