A woman who live streamed her partner’s Crown court trial on Facebook after videoing from the public gallery has received a four-month prison sentence, suspended for two years.

Emma Hamilton-Toogood, 23, was found to be in contempt of court after she recorded her partner’s Crown court trial on a mobile phone in 2019, despite signs saying this was forbidden. She then streamed more than an hour of footage through her Facebook account. 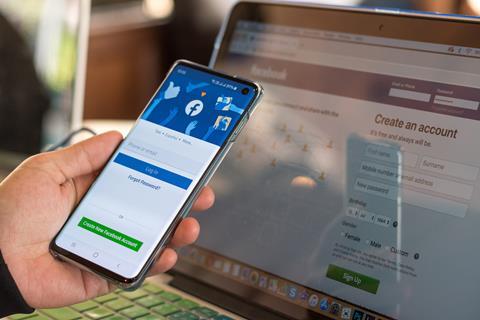 When the police discovered this the following day, the respondent’s partner had already been convicted on all counts and remanded in custody.

According to an earlier High Court judgment, Hamilton-Toogood apologised for her actions and said she ‘did it for evidence’. The judgment added that someone had appeared to warn the respondent via Facebook not to get caught recording legal proceedings a week before her partner’s trial.

At an in-person hearing at the Royal Courts of Justice yesterday, the solicitor general’s committal application against Hamilton-Toogood succeeded. The Divisional Court imposed a sentence of four months’ imprisonment, suspended for two years, and ordered her to pay £500 in costs.

The respondent did not appear at the hearing and was not legally represented. The solicitor general was represented by William Hays of 6KBW College Hill, instructed by the Government Legal Department.

Earlier this month, the BBC was fined £28,000 for contempt of court after broadcasting a six-second clip from ‘inside’ a remote hearing. South East Today included video footage from a judicial review hearing on its early evening and late night programmes on 18 November.