The president of the Queen’s Bench Division has said a prominent immigration firm committed ‘significant abuse’ of court procedures in an excoriating assessment of its conduct.

Dame Victoria Sharp said the court had given ‘very careful consideration’ to making a report to the Solicitors Regulation Authority after national firm Duncan Lewis had made urgent applications for judicial review on six immigration cases.

In DVP & Ors, R v The Secretary of State for the Home Department, judges heard that the case had been referred to the divisional court under the Hamid jurisdiction after Mrs Justice Swift had identified significant concerns about the conduct of the claims. Criticisms included that the firm failed to provide the required information to the court, breached its duty of candour and applied for interim relief on behalf of people other than its clients.

Toufique Hossain, lead solicitor at Duncan Lewis with responsibility for the claims, and David Head, director of compliance, were both directed to appear before the court to address the concerns and explain why they should not be reported to the SRA.

In her conclusions, Sharp said it was essential the court could have confidence in the thoroughness and objectivity of lawyers who make urgent applications. This application, she said, was a significant abuse of the procedures made available and should never have been made. 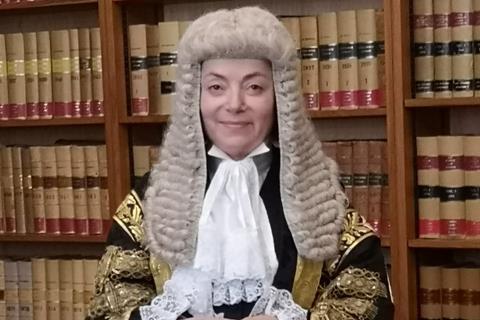 Dame Victoria Sharp: court had given ‘careful consideration’ to making report to SRA

She added: ‘The claimants’ legal team seem to have misunderstood or to have overlooked their duty to make full, fair and accurate disclosure of all material information to the court; and in consequence, they failed to comply with their obligation of candour. The court will not tolerate the abuse of its process, and will not hesitate to refer those who do so, to their professional regulators.’

The judge noted that Hossain and counsel accepted what happened and had apologised to the court. Hossain personally expressed his ‘profound regret for his failures and those of Duncan Lewis’, and said that training and procedures had been put in place to ensure such failings did not occur again. The apologies were considered sufficient to avoid any further regulatory action.

Duncan Lewis had issued proceedings last November in relation to six asylum seekers being held in Wales, despite the clients having already been moved. The firm had demanded, on behalf of the claimants, that all asylum seekers be transferred out of a detention camp. On the claim form, where the firm was required to set out reasons for urgency, the answer was simply ‘See application for interim relief attached’ with no other information provided.

Swift J said the contention that Duncan Lewis brought claims on behalf of others at the camp was ‘fallacious’ and that lawyers had no means of knowing their instructions. Taken together, the claims ran to several thousand pages of documents but failed to put matters central to the application ‘front and centre’.