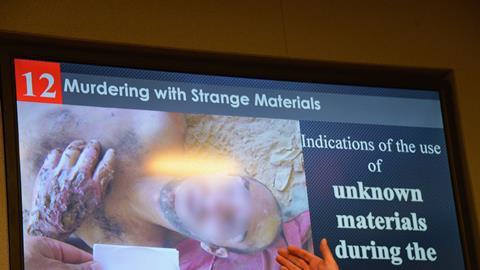 Massive and systematised violence’ against detainees is a routine part of Syria’s civil war, the UN Human Rights Council reported last week. Research based on 621 interviews and ‘considerable documentary material’ detailed the ‘rampant use of torture and inhuman conditions of detention’, together with summary executions by the government and armed opposition groups.

‘These are deaths for which military necessity cannot be invoked as a legal justification,’ the report said.

The Syrian Arab Republic is party to international conventions that protect the lives of detainees, including the International Covenant on Civil and Political Rights, the Convention against Torture and Other Cruel, Inhuman or Degrading Treatment and the Arab Charter on Human Rights.