A rival candidate has emerged for the chance to lead scrutiny of the government’s justice policies in parliament.

Former health minister Steve Brine will stand as a candidate this week to be chair of the justice committee of the House of Commons. His sole opponent is the previous holder of the position, Bob Neill.

The committee, which by convention has a chair from the Conservative Party, published 22 reports in the last parliament on topics including legal aid, courts reform and the disclosure of evidence in criminal cases. 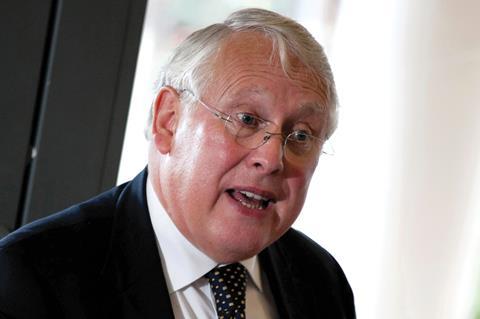 Neill practised for 25 years as a barrister and continues to work as a consultant for national firm Weightmans. Former journalist Brine has no background in the legal profession – although he did serve on the justice committee from 2010 to 2015. MPs will vote on Wednesday to decide who becomes chair, with both candidates having supporters from across both major parties.

In his mission statement, Brine says it is time for an ‘energetic gear change’ on the committee corridor following last month’s general election.

He adds: ‘Select committees cannot be dry think-tanks, serving the interests of their chairman or members, they are integral to the work of a healthy parliament and should have a grown-up professional relationship with the executive.’

Brine says the justice committee has not traditionally been high profile, but that will change in this parliament as the government’s constitution, democracy and rights commission – complete with potential reform of judicial review rights – takes shape.

Neill cites his experience and reputation in his pitch and says the committee should hold meetings outside London and through video evidence.

He says the job requires 'a genuinely cross-party, non-grandstanding approach, as well as proper engagement with those at the coal face'.

Neill, who was a Remain supporter at the time of the EU referendum, was branded one of the ‘Brexit mutineers’ in November 2015 by the Telegraph after he voted against Theresa May’s move to enshrine in law the date the UK left the EU. Brine was one of 21 MPs expelled from the Conservative Party last September for voting to prevent a no-deal Brexit. He was readmitted to the party almost two months later.