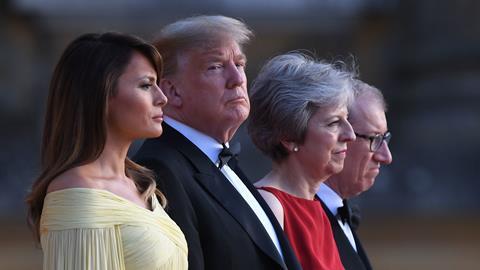 Outrage over US president Donald Trump's visit to the UK has compelled the founder of a prominent law firm with anti-establishment roots to take to the streets today in protest.

Its founder, solicitor Mary Monson, told the Gazette she has never participated in a demonstration in her life. However, today she will be making her way through the streets of Manchester and Salford on an open top bus, which she has paid for, to protest Trump's trip. 'This is the first time I have come out in the open about anything,' she says.

Monson does not regard today's protest as political but moral. The bus, she says, 'is a symbol of Britain as a place of diversity and inclusion and its use demonstrates the common journey we all make through life and the cooperative spirit which makes humanity great'.

'We do not want people coming here to try and divide us,' she says.

The bus departed from the firm's headquarters in Chorley Road, Swinton, at 9am and will make multiple stops throughout the day, including the Salford Unemployment Community Resource Centre, Eccles Mosque, Windrush Millennium Centre, Manchester Royal Infirmary, before terminating in Manchester to take part in a demonstration in Albert Square.