The former director of public prosecutions has described the government’s refusal to repatriate and prosecute British citizens who are thought to have travelled to Syria to join so-called Islamic State as an ‘embarrassment’.

Lord Macdonald (Ken Macdonald QC) said the decision to allow some British citizens to be prosecuted in the US appeared to show a lack of confidence in the British justice system and also criticised the government for revoking individuals’ citizenship.

The crossbench peer, who was DPP from 2003 to 2008, said it was ‘demeaning to the British state to be washing its hands of its own citizens’, which he said amounted to ‘a denial of your sovereignty’.

Macdonald said there were ‘scores of demonstrably innocent people who ought to be brought back’, particularly children, as well as potential victims of trafficking who are ‘hardly likely to represent a threat if they are repatriated’. 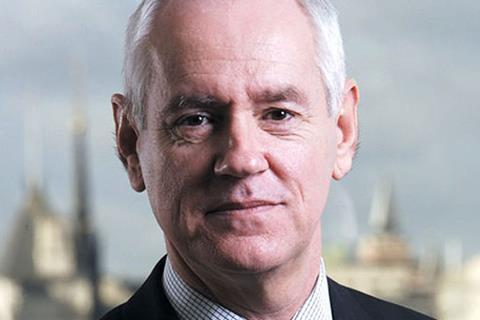 Lord Macdonald: It is ‘demeaning to the British state to be washing its hands of its own citizens’

Speaking at an evidence session held by the All-Party Parliamentary Group on Trafficked Britons in Syria this week, Macdonald questioned why the so-called ‘Beatles’, a brutal IS cell named for their British accents, were being prosecuted in the US.

‘Why are the Americans trying these men? They’re British,’ he said. ‘Have we lost so much confidence in ourselves? What are the Americans to make of our behaviour internationally if we won’t even take responsibility for our own citizens?’

Macdonald said he had ‘no doubt at all that, were a serious attempt to be made by the British authorities to assemble a case against many of these individuals, it would be possible to do so’.

He added: ‘I think it’s an extraordinarily bad place for the British state to find itself particularly in circumstances where we have a justice system that is generally reckoned to be as robust as any in the world and something we have always taken pride in. I think we should set our justice system loose on some of these individuals.’

Macdonald also criticised the government’s practice of revoking individuals’ British citizenship, saying that a nation with ‘any confidence in its own institutions and in particular its institutions of justice would never go down this path’.