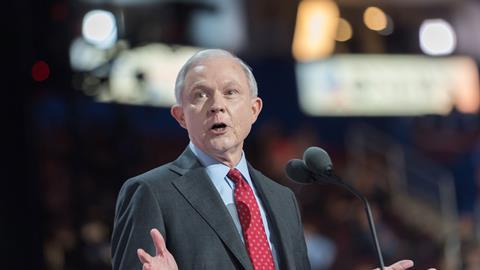 Sessions has served in the Senate since 1997, and was also Alabama’s attorney general for two years from 1994. If confirmed, the news would end speculation that former New York mayor and lawyer Rudy Giuliani was set to take up the role.

The 69-year-old Sessions is not without controversy. In 1986, he was overlooked for a position serving as a federal judge at an Alabama district court after allegations of racist comments.

CNN reports that a Senate Judiciary Committee heard testimony that Sessions had called the National Association for the Advancement of Coloured People and American Civil Liberties Union ‘un-American’.

The committee also heard that Thomas Figures, a black assistant US attorney who worked for Sessions, was referred to as ‘boy’ on multiple occasions and that Sessions had joked about the Ku Klux Klan, saying that he thought members were ‘OK, until he learned that they smoked marijuana’.

Sessions denied the claims in a 2009 interview and said they were ‘distortions of anything that I did’, adding: ‘I never had those kind of views and I was caricatured in a way that was not me.'

Sean Spicer, a spokesman for the Republican National Committee said: ‘Until Donald Trump says it, it’s not official.’