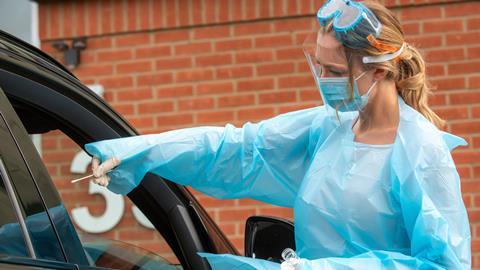 The government’s use of a so-called ‘VIP lane’ to award contracts for personal protection equipment (PPE) at the height of the first wave of the pandemic was unlawful, the High Court ruled today.

The ‘high priority lane’ for sourcing suppliers of PPE in relation to around £340m worth of contracts awarded to pest control company PestFix and £252m of contracts to hedge fund Ayanda Capital in April 2020 ‘was in breach of the obligation of equal treatment’, Mrs Justice O’Farrell said in her judgment.

However, the judge said that, while it was unlawful to confer preferential treatment on PestFix and Ayanda ‘simply on the basis of [their] allocation to the high priority lane’, both companies’ offers ‘justified priority treatment on [their] merits’.

PestFix ‘offered high volumes of a range of PPE items that were in urgent demand’ while Ayanda provided ‘a unique opportunity to acquire very high volumes of PPE, through exclusive access to the full manufacturing output of a plant in [China]’, O’Farrell said.

The judge also refused to grant declaratory relief, saying: ‘Although operation of the high priority lane was in breach of the obligation of equal treatment under the [Public Contracts Regulations 2015] and therefore unlawful, it is highly likely that the outcome would not be substantially different and the contracts would have been awarded to PestFix and Ayanda.’

‘The contracts in question have been performed (or expired) and it is sufficient that the illegality is marked by this judgment,’ she added.

A linked challenge to £107.5m worth of contracts awarded to confectionary company Clandeboye was dismissed by O’Farrell.

She also found that the Good Law Project and EveryDoctor, the campaign groups which brought the judicial review, had ‘sufficient interest’ to bring the case, adding that ‘it is not realistic to expect economic operators to mount a challenge to the award of the contracts which are at issue in these proceedings, particularly in circumstances where there has been no competition and, therefore, no obviously identifiable disappointed bidders’.

The Good Law Project said in a statement: ‘Never again should any government treat a public health crisis as an opportunity to enrich its associates and donors at public expense.’

A DHSC spokesperson said: 'At the height of the pandemic there was a desperate need for PPE to protect health and social care staff and the government rightly took swift and decisive action to secure it.  We are pleased the court has ruled that our industry call to arms was open and transparent. The ruling says it is highly likely these offers would have been awarded if they were processed through other channels also used to process offers. All contracts underwent sufficient financial and technical due diligence and the court found that we did not rely on the referral to the High Priority Lane when awarding contracts.'

Former health secretary Matt Hancock said: ‘It is good that this costly legal action has come to an end with no further action necessary. At the time, a huge number of people were doing everything they could to get PPE to the front line as fast as possible in a national emergency. As the National Audit Office has confirmed, ministers had no involvement in procurement decisions or contract management.

‘The department was doing the best it possibly could within the rules to respond to an unprecedented situation and, crucially, the court has rightly found that action was justified and absolutely no rectification or further action is necessary.’