Wales 'more conscious' of devolution due to Covid-19 laws

Grappling with Welsh law in daily life as a result of Covid-19 has made people more conscious of devolution, a former lord chief justice has said.

Lord Thomas of Cwmgiedd, who chaired a landmark review that last year called for full legislative devolution of justice, was making closing remarks at the end of a seminar on the impact of Covid-19 on the justice system in Wales yesterday. 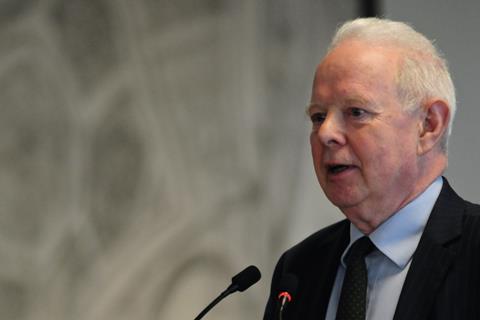 Lord Thomas of Cwmgiedd: people are having to grapple with Welsh law in day-to-day lives

He said: ‘No one could have contemplated that Welsh law would be something that people would have to grapple with in their day to day lives. It’s right to appreciate that people are much more conscious of devolution.’

The former lord chief justice praised the way the Welsh Government had provided Covid-19 legislation with notice and made it available in a format where people could see the changes.

The commission, set up by the Welsh Government, recommended that Cardiff wrest full control of policy and funding from Westminster in its 556-page blueprint.

Carwyn Jones, former First Minister of Wales, told the seminar it was ‘plainly daft’ that Wales could create offences but lacked a justice system that could enforce them.

‘There is a much better understanding of devolution, the way the law works in Wales – amongst the public as well as practitioners. But [there are] challenges where you try to draft law in such abnormal circumstances such as the one we have at the moment in a shared jurisdiction.’

Yesterday's seminar was organised by the Hillary Rodham Clinton School of Law at Swansea University.