We got it wrong: MoJ admits overcharging for court fees

The Ministry of Justice has admitted overcharging for a string of different court fees - with the lost income from reducing the fees set to cost around £9m a year. The announcement follows the Gazette’s revelation that some personal injury claimants had been overcharged by more than £100 for starting proceedings in the High Court and County Court since 2016.

Now a wider review of the court fees structure has uncovered a number of additional mistakes and examples where litigants have paid too much. The overcharging also relates to fees charged for certain proceedings in the Court of Protection; a small number of civil proceedings in the magistrates’ courts; fees for general applications in insolvency proceedings; and the fees charged for High Court judges sitting as arbitrators. 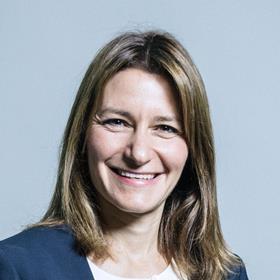 Officials insist these represent a fraction of the more than 300 separate fees charged for civil and family proceedings in the courts of England and Wales.

But justice minister Lucy Frazer QC was today forced to outline the mistakes in a written statement to parliament. She confirmed legislation reducing court fees for certain proceedings will be laid in parliament, as well as a refund scheme established for those overcharged.

Frazer said: ‘The reduction to these fees follows a thorough and detailed review undertaken by officials in the Ministry of Justice into the cost of these proceedings. Our review has identified a number of cases where the fees charged were above full cost recovery levels. We are therefore taking action to reduce those fees.’

Frazer also hinted the MoJ is considering its fee-charging structure in the light of the court modernisation programme, which is likely to reduce the time and expense of handling claims.

‘We will continue our review of court fees, including the methodology for setting those fees, to minimise the risk of this issue recurring,’ she added.