A woman whose husband died in a car crash on holiday in Egypt has been granted permission by the Supreme Court to sue the hotel operator in English courts, in an important decision for claims involving travellers killed or injured in accidents abroad.

The Supreme Court appeal concerns a road accident in Egypt in 2010, in which the claimant, Lady Brownlie, was seriously injured, and her husband, international barrister Sir Ian Brownlie, killed. Sir Ian’s daughter was also killed when the car came off the road, and her two children injured.

The road accident occurred during a safari excursion which Lady Brownlie had booked through the Four Seasons Hotel Cairo at Nile Plaza.

Lady Brownlie now seeks to recover damages from the operator of the hotel in Egypt, claiming damages pursuant to Egyptian law for her personal injuries; for Sir Ian’s wrongful death and for dependency for wrongful death.

In FS Cairo (Nile Plaza) LLC v Lady Brownlie, the Supreme Court was asked to decide whether Lady Brownlie’s claims can be brought in English courts as opposed to in Egypt. Under Civil Procedure Rules, this involves establishing whether ‘damage’ was sustained in England and Wales, as opposed to solely in Egypt. 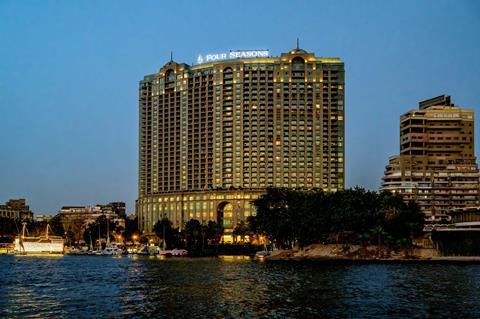 The court found that damage had been sustained within the relevant jurisdiction, as Lady Brownlie’s ‘pain, suffering and physical injury were suffered sequentially, first in Egypt and then in England’. Lord Lloyd-Jones added that to exclude financial or physical consequences from the concept of damage in is ‘unduly restrictive’ in this context.

The court said that the wider reading of damage ‘does not confer on all claimants in personal injury cases a right to bring proceedings in the jurisdiction of their residence,' Lord Lloyd-Jones said.

'The courts will be astute in ascertaining whether the dispute has its closest connection with this jurisdiction and the principle of forum non conveniens will provide a robust and effective mechanism for ensuring that claims which do not have their closest connection with this jurisdiction will not be accepted here’. Lord Leggatt dissented on this issue.

Terry Donovan, head of clinical negligence and personal injury at Kingsley Napley, said the judgment clarifies the legal situation for English nationals who have been injured or killed in foreign accidents.

‘Historically the English courts have tended to allow such cases to be heard here and this appeal to the Supreme Court was an attempt to close the door. We say that not only was the Supreme Court right in principle to keep it open, but it also gives access to justice in a common sense and practical way,' he said.

'Had it gone the other way, widows like Lady Brownlie, or English people who are paralysed or brain injured in holiday or foreign work accidents, would have to face the additional challenges of finding a foreign lawyer and claiming in a foreign system.’