There was no danger of falling asleep last week when perusing Mr Justice Mann’s judgment in the extraordinary case of the Tate Gallery walkway and the glass-walled riverside flats. As well as ruling on the immediate issues of whether the Tate Gallery is a public body and what constitutes a nuisance, the 70-page document roams over the artistic merits of particular London views, the quality of modern architecture and the vagaries of human behaviour – along with some homely advice on domestic furnishings. 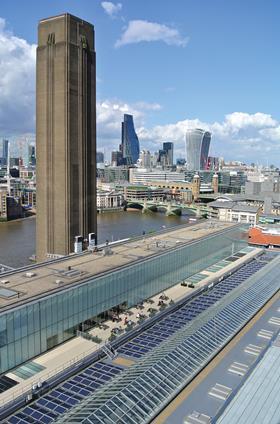 The judge was ruling on a complaint by the owners of four flats alongside Tate Modern that visitors to a new walkway around the converted power station on London’s Bankside had taken to peering into their living accommodation, sometimes through binoculars. In the judgment, the judge tells how he went to see for himself, both from the Tate Modern side and in each of the claimants’ flats.

He does not come over as a particular fan of fashions in modern art. Or, indeed, of south London. According to the judgment the Tate’s evidence ‘seemed to give the [viewing] gallery a degree of artistic and social importance that some might think was over-stated’. While it was easy to see that the ‘striking’ views over the Thames to the north could be considered ‘a cultural, if not artistic, asset’, he was less impressed with the other direction. ‘Despite what the Tate witnesses said about its interest to those from south London, I confess that some of their attempts to stress the “links” with south London that the view afforded seemed to me to be rather over-stated.’ Indeed one of the most interesting things to look at was the buildings in which the complainants live. ‘It is human nature that the interest will be greater if there are people in the flats.’

Alas for the claimants this was not enough to support the case for parts of the walkway to be closed. The complainants ‘could install net curtains’, the judge helpfully advised.