Defender of the rich and famous

The flamboyant and talented Francis Lee Bailey Jr, who died earlier this month, was one of those brilliant advocates who seem to fall foul of the authorities. 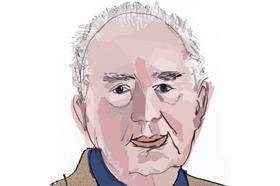 Bailey graduated from Boston University Law School in 1960. During his years there he had also been running a detective agency, which he promptly sold. His first high-profile defence was when ‘The Torso Murderer’ George Edgerly was accused of dismembering his wife. At first, Bailey was what was called Second Chair, but when the principal advocate had a heart attack Bailey took over, discredited the polygraph evidence and obtained an acquittal.

Edgerly was later convicted of another unconnected murder.

After that case, Bailey’s list of high-profile defences grew and grew. Clients included the millionairess Patty Hearst, Albert DeSalvo, who may have been the Boston Strangler, and Captain Ernest Medina, for whom he obtained an acquittal in a court martial over the so-called My Lai massacre during the war in Vietnam. Perhaps his most memorable appearance was for O.J. Simpson. Bailey has been given credit for throwing doubt on the evidence of the principal detective, getting him to admit he had made racist remarks years earlier and suggesting he might therefore have planted evidence.

He also appeared for Dr Sam Sheppard in his retrial for murdering his wife. Sheppard had been railroaded by the local newspaper and Bailey argued the prejudice created had made the first trial unfair. He then discredited the prosecution’s witnesses. Sheppard is thought to be the inspiration for the television series The Fugitive.

On the debit side was Bailey’s refusal to hand over assets in a plea bargain he arranged for a Miami drug dealer. He served six weeks before his brother raised the money to settle the matter. He was disbarred in Florida and Maine, and was also suspended for a year in another case in New Jersey. In 2013 an application to practise law in Maine was refused. The state claimed he had failed to show by ‘clear and convincing evidence that he possesses the requisite honesty and integrity’.