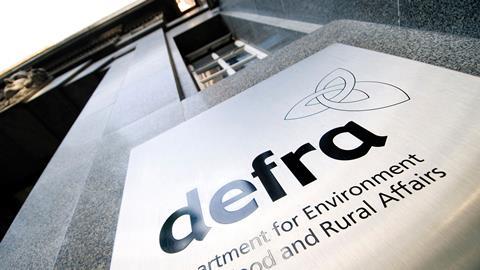 The Gazette’s attempts to let the British public see Whitehall’s submissions to the Independent Review of Administrative Law have drawn a remarkable response from Defra, the Department for Environment, Food & Rural Affairs.

Bluntly, Defra has no idea of who might have handled its submission and has no way of finding out – at least not without a cost which, alas, would exceed the £600 limit currently set by s12(1) of the Freedom of Information Act as a reason to refuse a request. ‘To search and gather this information we would have to reach out to every team across the department to identify who had made such a submission,’ one D Lynch of the information rights team tells us with regret. ‘Given the size of the department this would be an extensive undertaking of work.’

Obiter is not without sympathy. Defra is the offspring of a shotgun wedding between bits of the old Department for the Environment (née the Ministry of Works) and the one-time Ministry of Agriculture and Fisheries (a name still literally carved in stone in Whitehall) following its absorption of the Ministry of Food, of wartime ration-book fame. In consequence, its organisational structure is byzantine.

However, it is still remarkable that, nearly 40 years after environment secretary Michael (now Lord) Heseltine introduced Whitehall’s first computerised management information system, the mandarins have still not got a grip on who does what in their department

Obiter may be able to help. While it is certainly possible that the submission to the IRAL might have been knocked out by, say, a fisheries boffin at the Torry Research Station near Aberdeen, we would start our search closer to home. To be precise, at Defra’s legal department in Nobel House, Smith Square, London SW1. An address shared with the information rights team.