Sometimes, I give talks to old folks’ clubs. Last week, I was taking questions when someone asked if I liked any of my clients. I answered that some were easier to deal with than others, but since then, I have been thinking: did I actually like any of them? 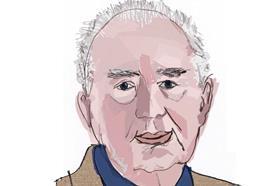 And the answer was: No, I did not.

I didn’t dislike mine quite as much as the South African lawyer Herman Coster did his. He obtained an acquittal for the swindler ‘Baron Von Veltheim’, who was accused of the 1896 murder of diamond merchant Woolf Joel. Afterwards, Von Veltheim came over to thank him, but Coster turned his back saying: ‘I have got you off but I don’t have to shake hands with you.’

Californian lawyer Earl Rogers put things even more clearly. After he obtained an acquittal for Charles F Mootry on a charge of murdering his wife, Mootry also tried to congratulate his lawyer. ‘Get away from me, you slimy pimp. You’re as guilty as hell and you know it,’ Rogers replied.

I once defended a man on a sus charge – loitering with intent to steal – and got him off on the basis he was watching nurses undress at their hostel. He invited me out to lunch but I ‘made my excuses’, as they say. It was a decision I have never regretted.

You have to admire the chutzpah of some of them. There was the client who escaped from Lambeth Magistrates’ Court and then wanted me to apply for bail saying (with inexorable logic): ‘If I’d had bail in the first place, I wouldn’t have had to try to escape, would I?’

For another, I obtained bail on a murder charge. Two weeks later, he was found with a sawn-off shotgun outside a betting shop. Again, he wanted bail and when I pointed out the murder charge, he replied: ‘That’s a totally different sort of offence.’

Perhaps the best of them was ‘Black Jack’ Jones. Whenever he was charged and told that what he said would be written down, he replied: ‘Please don’t let them hit me again, sergeant.’