Obiter is pleased to see the current lord chancellor showing sharper political antennae than some of his predecessors. Take the way David Gauke dealt last week with every government minister’s nightmare: addressing an event celebrating something that almost everyone else in the room would accuse you of wrecking. 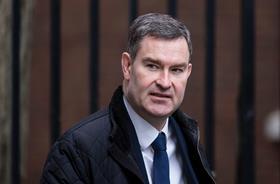 Last week’s event marking the 10th anniversary of the Access to Justice Foundation was the perfect example. In the current climate of outrage about a creaking justice system what can the man in charge say, apart from mumble ‘sorry’?

Of course, Gauke had the usual ministerial lines about the government doing its bit, £1.6bn on legal aid last year, post-implementation review of its legal aid reforms, £1bn courts modernisation programme, blah, blah. To put it kindly, this was not going to impress the audience. In best ‘Yes Minister’ style, he went off piste to a safer topic, Labour peer Lord Hain’s use of parliamentary privilege to name Topshop boss Sir Philip Green as the individual who had won a temporary injunction against the Telegraph over allegations of sexual harassment and bullying (Green ‘categorically and wholly’ denies the allegations).

Gauke stressed the importance of respecting the rule of law and said he had ‘serious concerns’ about using parliamentary privilege when it undermines judges’ rulings. ‘It is particularly hard to justify using parliamentary privilege where the court process is still ongoing,’ he said, before ending his detour with news that the government will consult on regulating non-disclosure agreements.

Why was Gauke so sure this would go down well? He had no doubt noted the presence in the room of the lord chief justice and the president of the Supreme Court. Demonstrating a willingness to stand up for the judiciary will set him apart from at least one of his recent predecessors, Liz Truss, who never really recovered from the ‘Enemies of the people’ furore.