He used every trick in the book

News of a City lawyer facing contempt proceedings for allegedly issuing a ‘burn it’ instruction to an IT manager reminds me of Tommy, a solicitor I knew. Obviously the two cases have nothing else in common. 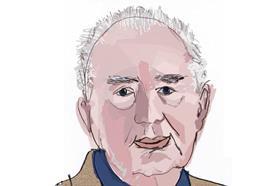 I once took over his client and it was easy to see why Tommy could not carry on representing him. The man’s girlfriend had become a prosecution witness and her statement went: ‘We went to see the solicitor. He was small and shabby and had a grey bowler hat. “What’s your name?” he asked my boyfriend. “John Smith,” my boyfriend replied. “Oh, like that. Is it a long firm [fraud]?” My boyfriend said it was. “Is it too late to have a fire?” asked the solicitor.’

Tommy was one of the many solicitors not regarded with favour by the Flying Squad.

He was said to have once walked off with the prosecution’s brief at the lunch adjournment. He was a regular at London courts where one of the staff thought ‘he was small and ferrety and he used every trick in the book’. An indefatigable battler, he had a theory that under Magna Carta all arrests without warrants were wrongful. From time to time he would try out this theory on what many of us thought to be less than promising audiences, one of whom was St John Harmsworth sitting at Marlborough Street. Tommy wanted the case thrown out on the grounds that his client was apprehended without a warrant. His clincher was that a magistrate who committed a man in custody under those circumstances could be liable for damages. He did not get very far. ‘Is this some sort of threat?’ asked Harmsworth.

Two years later, the Divisional Court thought enough of Tommy was more than enough and upheld the decision.