Howe to do it is half-life of Reilly

My friend Jeffrey Gordon recently told me of his less successful attempts at advocacy. He was appearing for a client fighting extradition to Sierra Leone and he came up with an ingenious argument. The warrant was issued by a female magistrate and his argument was that, since Sierra Leone had not adopted the Sex Disqualification (Removal) Act 1919, which allowed women to become barristers and solicitors, she had no jurisdiction to sit. 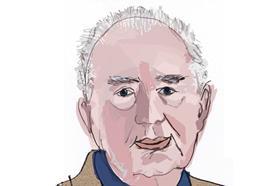 Therefore the warrant was unlawful. It was not an argument to appeal to Geraint Rees, a formidable Bow Street magistrate.

Jeffrey gave me a book on the New York lawyers Howe and Hummel. The son of a schoolmaster, Howe was an Englishman who went to America in the middle of the 19th century, taking with him a working knowledge of Shakespeare, the Bible and spelling.

In October 1870 an indictment read that Howe’s client, Lawrence Dempsey, was accused of stealing ‘a draw’. Howe marched into court armed with Webster’s Unabridged to tell Judge Dowling that he was far too good a judge of orthography to permit such a complaint. Dempsey should have been charged with stealing a drawer. And although the actual facts were wholly against Dempsey, as Dowling said to Howe, ‘the complaint is not worth the paper it is written on and it is a great shame I must discharge’.

Better still came in 1874 when Howe was acting on behalf of Owen Reilly. Reilly was charged with arson, which carried life imprisonment. Howe persuaded Reilly to plead guilty to an attempt, which carried half the penalty. The prosecutor and the judge agreed, and Howe then produced the argument that there was no penalty which could be imposed. He was always fond of biblical quotations and this plea in mitigation was no exception: ‘Scripture tells us that we knoweth not the day nor the hour of our departure. Can this court sentence the prisoner at the bar to half of his natural life? Will it then sentence him to half a minute or half the days of Methuselah?’

Reilly went free on that occasion, but the law was quickly changed.