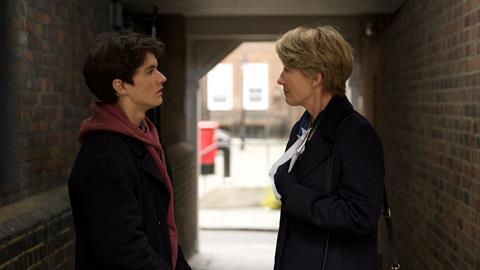 Legal London on the big screen

On Friday an adaptation of Ian McEwan's acclaimed book The Children Act hits the big screen and we're not sure what we're more excited by: watching Emma Thompson portray High Court judge Fiona Maye or pointing to the screen every time we spot parts of Legal London we recognise.

The book's premise was inspired by a conversation McEwan had with Sir Alan Ward about a case over which the retired Court of Appeal judge once presided, involving a young Jehovah's Witness and blood transfusion.

It's not just Obiter who's excited:

I have a particular interest in this film. That aside, I recommend it highly. It goes to enormous trouble to get the details right. And the acting is superb. https://t.co/Px3ATQLtdb

OK, I know I’m not the first to say this, but I cannot wait to see @thechildrenact https://t.co/gQMVyCN567

McEwan says he and director Richard Eyre decided early on that the adaptation had to be a 'London movie', eschewing the 'kitchen sink' qualities that some London-set dramas favour for views of Blackfriars and Waterloo Bridge. McEwan says: 'These are beautiful things. The skyline is beautiful, so it was marvellous that we got them in.'

Having Ward serve as the film's legal consultant enabled the film crew to obtain special dispensation to shoot inside the Great Hall of the Royal Courts of Justice. Production designer Peter Francis says: 'It gives us immediate scale and beds us into the reality of the legal world. Fiona Maye's universe is effectively confined to one square mile: Gray's Inn, where she lives, and the Royal Courts of Justice, where she works.'

Francis reckons the film showcases a side to London rarely seen on the big screen - at least when it's not disguised as something else. 'Gray's Inn and Lincoln's Inn are very central but quite hidden and we wanted to give a real sense of this beautiful, almost secret world right in the middle of London,' he says, enthusing that 'apparently William Shakespeare himself acted in Gray’s Inn Hall, the setting for our film’s climactic Christmas concert'.

The Children Act is released on Friday. Obiter was planning to buy our ticket online but figured we'd go to our nearby cinema directly via a scenic walk through Gray's Inn.