It’s rare that Obiter quotes legal advice from the British Naturism organisation, but in this endless heat it’s looking increasingly appropriate. The group was forced to wade (presumably without shoes) into a dispute last week prompted by a Facebook post by Surrey Police. 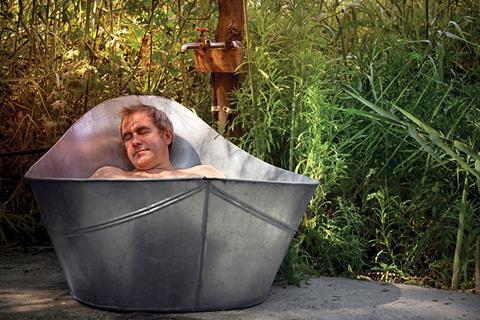 Bare-faced cheek? Fresh air is good for you but don’t upset the neighbours

The boys in blue uploaded advice after being called to a neighbour dispute in which the ill-feeling between warring parties had, ahem, been laid bare.

The police wrote: ‘If you want to wander around your garden naked and you are overlooked by neighbours then you have to be careful – an Englishman’s home is not quite his castle and your garden is not exempt from the law.’

The result was days of media coverage and silly puns – and clearly the articles got under the skin (sic) of BN, which was forced to clarify its understanding of the law. The group stressed that being naked in a public place can be deemed a crime only if the naked person undressed with the intention of causing harm and distress.

It added: ‘It’s a wonderful feeling to be naked in the sunshine and fresh air. Try it, and you never know, the neighbours might decide to join you.’