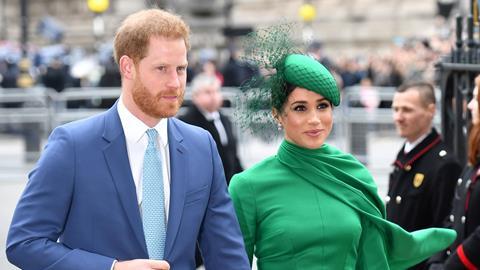 Lilibet Diana Mountbatten-Windsor may be barely a week old, but the daughter of the Duke and Duchess of Sussex is already generating plenty of work for lawyers. As the Gazette went to press, reputation management specialist Schillings – ‘We find evidence, establish the true narrative and win cases’ – was engaged in threatening the BBC with legal action over a report that the Sussexes had chosen the name without consulting Her Majesty the Queen.

Defamatory tosh, a statement from the Sussexes made clear: ‘The Duke spoke with his family in advance of the announcement. In fact, his grandmother was the first family member he called. During that conversation, he shared their hope of naming their daughter Lilibet in her honour. Had she not been supportive, they would not have used the name.’

Meanwhile, a little closer to home, The Family Law Cafe said it had suspended one of its founders, barrister Joanna Toch, pending an internal review into a Twitter joke. Toch, called to the bar in 1988, founded the company in 2017 as a ‘hub’ for family law cases.

Responding to another online joke, which seems to have got journalist Julie Burchill into trouble with the Telegraph, Toch tweeted: ‘No Doria? Don’t black names matter?’ The remark – which Toch subsequently apologised for – apparently refers to the Duchess of Sussex’s mother, Doria Ragland.

In a public statement, the Family Law Cafe said Toch’s comments were ‘offensive, unacceptable and highly contradictory to the inclusive manner in which FLC has always and will continue to work with members of all communities’.

Obiter cannot comment, but we doubt that we have heard the last of all this.