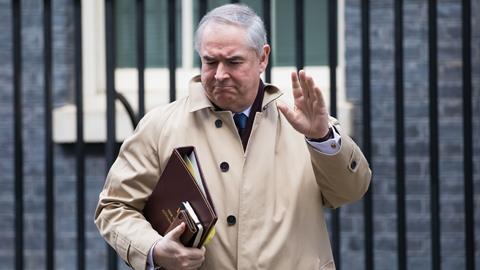 Sir Geoffrey is in a long tradition

And so to the chambers of Obiter’s friend the Rt Hon Sir Geoffrey Cox QC MP. Or are they his chambers?

Well, a little context for anyone who has been stuck in a Zoom meeting for the past few days. There is in some quarters a spirited distinction being drawn between MPs whose outside earnings come from ‘consultancy’ fees, and those who earn income by continuing something they are qualified to do, such as ‘medicine or law’. On Tuesday our own Joshua Rozenberg argued: ‘Being a backbench MP should not be a full-time job. Our representatives in parliament should remain in touch with the real world.’

Of course, Sir Geoffrey, who has earned almost £900,000 to date acting for the British Virgin Islands, is in a long tradition of counsel who have kept their hand in while sitting in parliament.

Current Labour leader Sir Keir Starmer continued his bar practice after election. And, further back, the Conservative F.E. Smith’s practice saw him go regularly between court or his chambers and the Palace of Westminster, famously using the National Liberal Club, of which he was not a member, for mid-journey toilet breaks. (‘I didn’t know it was a club as well,’ he said when challenged.)

The distinction being pushed by the opposition is that F.E. Smith was more, well, ambulatory, when keeping up what the Bar Standards Board now calls ‘the threshold standard’ to practice. The Sunday Times has alleged that Sir Geoffrey remained in the Palace of Westminster for online hearings in which he represents the British Virgin Islands. The allegation, which has not been denied, is based on a video of the hearings in which Sir Geoffrey’s background appears to be a Commons office.

To which Obiter says, has the former attorney general learned nothing from the past year? As the ‘Zoom Virtual Backgrounds’ webpage explains: ‘Download your favorite [sic] virtual backgrounds and add them to your meetings!’ How about a picture of his Torridge and West Devon constituency, perhaps? Maybe even the BVI? Or, if a fake backdrop wasn’t Sir Geoffrey’s thing, he might have followed the example of US lawyer Rod Ponton, who in February appeared in an online hearing as a cat. In Ponton’s memorable phrase: ‘I’m not a cat.’

Are there any winners in this? If not the Labour party, certainly the Liberal Club, which has potentially saved a tidy sum on soap and hand towels.