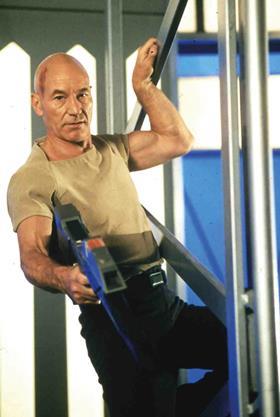 Former Bar Council chair Derek Sweeting QC, now Mr Justice Sweeting, was sworn in as a High Court judge on Wednesday in the traditional ceremony featuring wigs and gowns and lawyerly (attempts at) humour in the grand surroundings of Court 4 of the Royal Courts of Justice.

Alas, Lord Burnett could only present Sweeting with what the lord chief justice said was ‘in essence, a dummy box’ as the production of letters patent has been ‘significantly impeded’ by the pandemic. Just wait until he hears about the pension…

Swearing-in ceremonies are strange affairs. For many of us who see High Court judges only in work mode they present a rare glimpse of the man or woman beneath the wig. For instance, Obiter learned Sweeting is – or at least was – a big fan of Star Trek, prompting his now-former chambers colleague Rachel Langdale QC of 7 Bedford Row to quote Jean-Luc Picard. ‘Seize the time, live now. Make now always the most precious time. Now will never come again,’ she said, channelling her inner Patrick Stewart. We trust he will remember that when a junior counsel insists on repeating their weakest point at 4.15pm on a Friday.