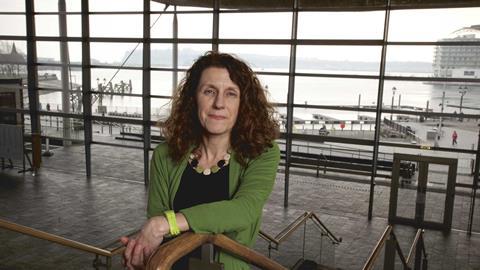 The work of its legal function is central to the Welsh assembly’s credibility. Chief legal adviser Elisabeth Jones tells Eduardo Reyes how her team helps to make devolution work, whichever party is in power

As chief legal adviser to the Welsh assembly, Elisabeth Jones is politically neutral. As she puts it: ‘The particular party in power in the assembly doesn’t affect us at all. The legislative ambition affects us in terms of capacity.’

But her work, and that of her colleagues in the Legal Services Directorate of the National Assembly for Wales, is central to the credibility of a legislative chamber that is relatively young.

After all, an instinctive response from devolution’s detractors, or civil servants and ministers who instinctively kick against any alternative to their own authority, will be to question the legislative competence of the assembly. This has its challenges. Unlike the Scottish parliament, which has both greater powers and the legislative neatness that comes from being a well-established separate jurisdiction, the assembly has what Welsh lawyers commonly refer to as a ‘jagged-edged’ settlement. There are seemly arbitrary boundaries between what is devolved and what is not. And the growing dissonance between laws in England and those in Wales has been driven not just by the actions of the Welsh assembly. The legislative ‘momentum’ in Westminster has contributed to this divergence.

Jones comes to the post as well-qualified as is possible for this new set of problems. She joined from a position with the Welsh government, where she had been an in-house counsel – latterly as deputy director with a team of 25-30. Her time in government, Jones notes, was spent working on public law and its daily application, making risk assessments, understanding how government and its legislative powers work in practice, and advising on compliance with the European Convention on Human Rights.

She also spent time at the European Court of Human Rights in Strasbourg, another institution whose deliberations are capable of causing ‘tension’ when there is a clash with the authority of Westminster or Whitehall. One such clash was practically the first thing in Jones’s in-tray. The Local Government Byelaws (Wales) Bill 2012 had been referred to the Supreme Court by the attorney general, as he believed it was not within the assembly’s devolved competence. The result was a win for the assembly, though Jones does not seek credit for that.

‘My predecessor Keith Bush had prepared the case,’ she explains, ‘with Geldards and counsel’. Though in post when the judgment came out, she of course ‘worked on a strategy of what to do if it went against us’. An important point in the case, she notes, was whether the Supreme Court would look at the fact that UK ministers had never used the powers in question. In the event, the court was willing to do that. Jones is in no doubt about the significance of the case. Although ‘legally not a huge amount was at stake’, in terms of the assembly’s reputation ‘there was a huge amount at stake’. ‘The phrase – "Legislative competence" – you could imagine the headlines if the case went against us,’ she says, recalling the anxious wait for judgment. Maintaining that reputation, the credibility of the assembly, is a challenge met with a fairly slender resource. Ten ‘very experienced’ lawyers deal with 90% of the assembly’s legal needs in-house.

At the point where we speak, seven acts of the assembly are under consideration (two of them introduced by members), with another two or three expected to be laid before the assembly goes into recess in July. This is expected to be typical for an assembly year. And there are around 150 Wales-specific statutory instruments laid before the assembly annually. The most obvious contrast with government service, Jones says, is the commitment to support all political parties equally. ‘Civil service impartiality is parallel to the work we do,’ she notes. Here there can be the need to set up ‘Chinese walls’ within that slender resource, while ensuring knowledge can be shared and that such boundaries are respected. Additionally, in advising different political parties, ‘you have to continually step into the mindset’ of each.

Advice to members is of enhanced significance, Jones notes, because the assembly is unicameral, with no separate reviewing chamber like the House of Lords. ‘It’s a very demanding role for members to be in only one chamber – to get both the expertise and the political position,’ she reflects. But there are practical benefits to this approach to law-making: ‘It has positives; it can focus minds on the wider context and produce more co-operative approaches.’ Though politically neutral, the legal team is key to projects which, like last year’s Supreme Court case, will influence the perceived legitimacy of the assembly. At a select committee hearing in Westminster, one of her predecessors noted a ‘looming problem of ascertaining the state of the law in Wales on any particular subject’. That was just over a decade ago. It is not a challenge that has been met to Jones’s satisfaction, and it combines with the ‘disparity’ in English and Welsh laws to make the legal corpus less accessible than she would like.

Problems with accessing the ‘state of the law’ do not remain unresolved ‘for want of trying’ on the part of her predecessors, Jones notes, while adding, ‘this is a problem throughout the UK’. The answer should come soon, with an ‘encyclopedia’, announced last June by the Welsh government’s counsel general Theodore Huckle QC. As Huckle put it: ‘The existing body of law is an interconnected patchwork of legislation, some of which is decades, or in some cases even centuries, old. Devolution has added to the complexity of statute law.’

The answer is a collaboration with a legal publishing house to develop ‘an online explanatory narrative of Welsh legislation, in effect an encyclopedia of Welsh law’. There is also work to be done with the National Archive to improve Welsh content on the website legislation.gov.uk. ‘I expect,’ Huckle said, ‘that within the near future the major part of Welsh legislation will be available there in its updated form’. Jones is unperturbed by the disparity, which she sees as ‘just a fact of life’, implying that it has been good for the skills base of Welsh lawyers, asking: ‘Shouldn’t this give Wales more of a competitive edge? We can advise in both, know both, jurisdictions. Business may say that’s a burden, but as a legal firm, awareness of that is [part of how you add value].’

The variation though, with its ‘jagged edge’, needs attention, as, ‘add variation between England and Wales, and you see that the law is not as clear and accessible to the public as it should be’. There are initiatives, like the encyclopedia, in hand to make Wales-specific law clear and accessible online, and of course the chief legal adviser’s office is ‘very supportive’ of those initiatives. It is wrong, Jones implies, to think that problems of ‘disparity’ are purely on the Welsh side. ‘In my time in government [service],’ she recalls, ‘I talked to a lot of UK government lawyers as we have different interpretations of EU directives in Wales.’

Asked about the future – the items in her in-tray now – Jones notes: ‘Legislation is more and more ambitious. It’s a major challenge to do it really well; to maintain excellence.’ A long hard slog then, reflecting former first minister Ron Davies’s argument – which she quotes – that ‘devolution is a process, not an event’. She also has an eye on events in another part of the UK: ‘What happens in the Scottish referendum on independence will have implications for the relationship between the assembly and Westminster.’ Even with a ‘no’ poll, as seems likely, the closeness of the poll will be relevant.

Most of all, though, Jones has a non-partisan interest in the standing of the assembly in Wales and its legislative competence. That includes voter registration, she notes, ‘a desire for votes to go up among young people. Then we’ll be a model of a truly democratic institution’. More widely, she argues: ‘What we really want to see is people seeing this building, and the petitions committee, as something that their ideas may influence.’

Lawyers, and their ability to communicate with the public, business and government, are central to the success of that mission, Jones concludes: ‘It’s a challenge to explain a complex settlement.’ The Welsh language, in which she says she is becoming ‘re-fluent’, is a help here. As well as the Welsh language needing ‘a register of Welsh that is an official register of government administration and the law’ to secure its survival, Jones insists the use of Welsh pays a legislative bilingual dividend. ‘I knew this from my time in Strasbourg,’ she adds. ‘The needs of accurate translation help avoid ambiguity in the legislation.’