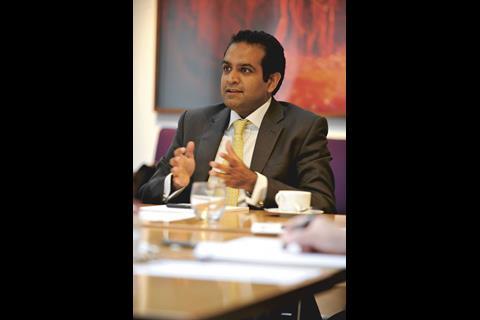 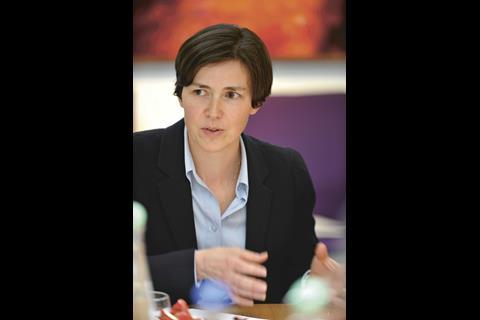 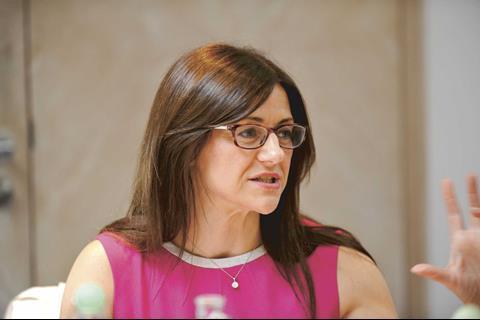 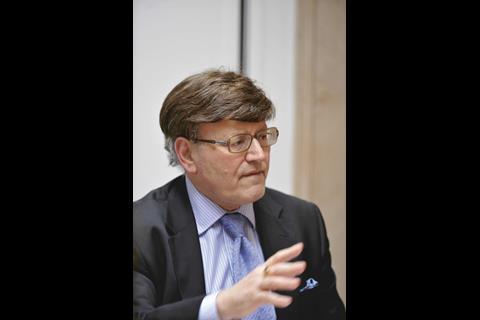 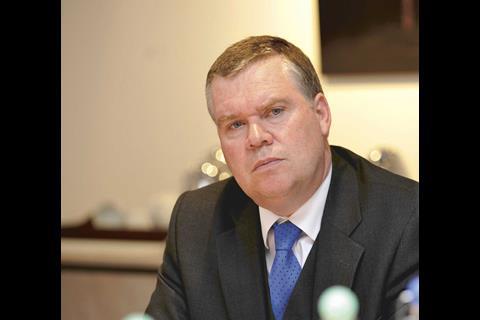 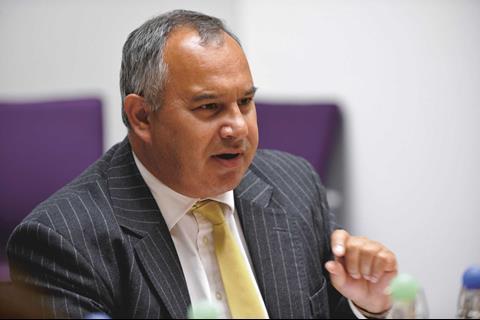 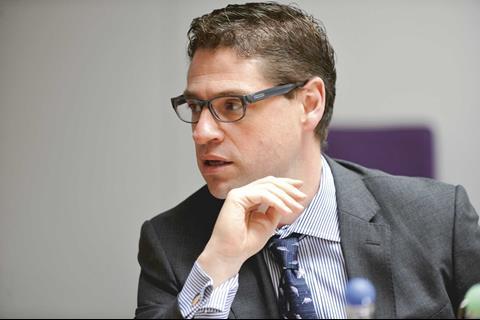 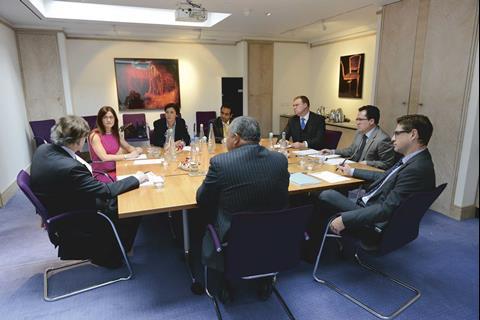 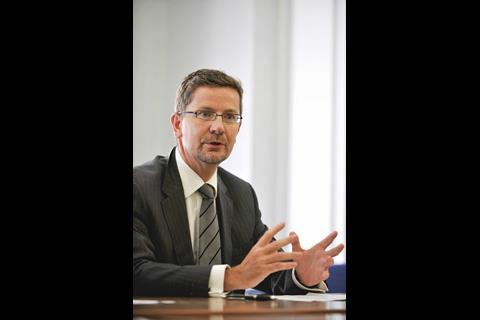 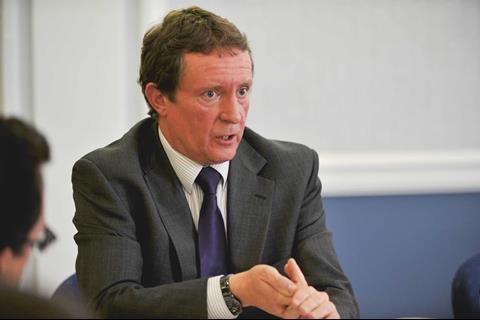 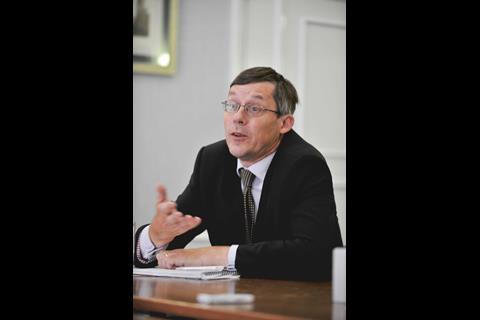 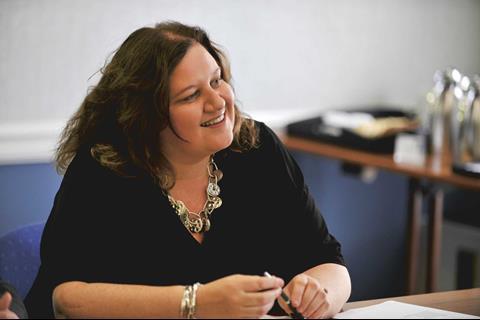 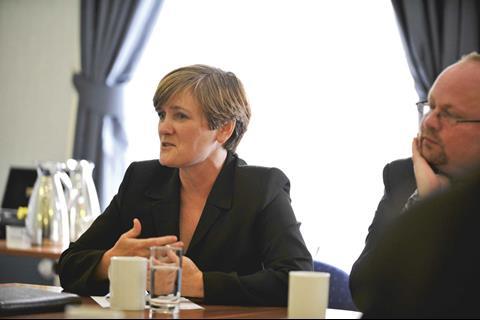 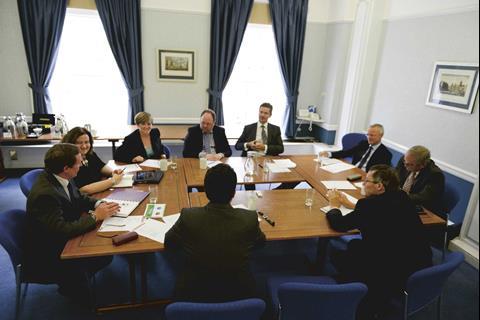 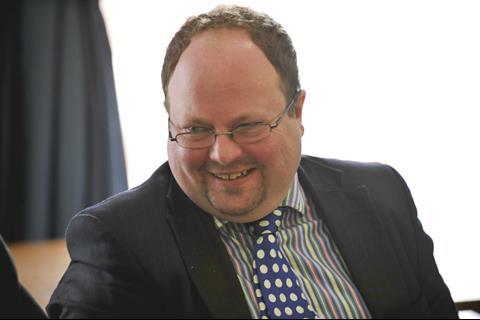 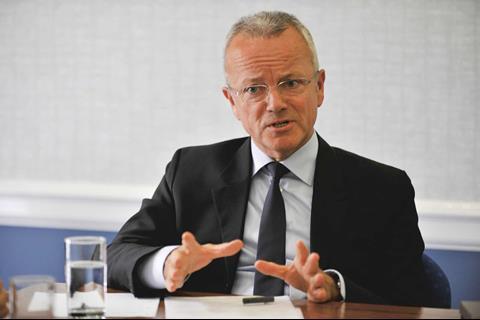 The setting for the Gazette’s roundtable on financial services litigation is Collyer Bristow’s offices at 4 Bedford Row. It is in the heart of ‘legal London’ – in the streets around, in a few minutes, one can follow Dickens’ Bleak House fog to a seated lord chancellor – ‘most hoary of pestilent sinners’; last year, a few doors away, chambers at number 25 played host to the press conference that followed the government’s decision to prevent the deportation of Gary McKinnon – the computer hacker with Asperger’s syndrome whose deportation was blocked following a long campaign attracting wide support. Put simply, it is a good location to discuss areas where the law might disappoint, or triumph, for clients.

The subject for this roundtable is appropriately dramatic – claims against banks by businesses for the alleged mis-selling of financial products that have cost the businesses affected billions since interest rates fell to record lows, leaving thousands of companies committed to terms that kept the cost of their finance very high. Should these products – derivatives termed ‘interest rate swaps’, whose purchase bank finance was often dependent upon – ever have been sold? Were business customers ‘sophisticated’ enough to understand them?

Upon such issues turn billions that, depending on one’s point of view, might deliver just recompense to small and medium-sized businesses upon whom the UK’s economic recovery depends – or damage the viability of a banking sector whose poor health can infect us all.

Until last year, however, government and the Financial Services Authority, now the Financial Conduct Authority, did not even accept that there was a widespread problem with the sale of such hedging products. As Stuart Brothers, founder of SRB Legal, recalls: ‘I wrote to the FSA leadership in March 2010… some pretty damning stuff [including] recordings of phone calls of trades. I was staggered, quite frankly, by the lack of interest they showed.’ An FSA lawyer, when chased, urged Brothers to win a case and ‘come back to us after that’.

He says: ‘I did get the impression that someone in the Financial Services Authority had just had a lid put on the guy and a policy decision had been taken by the regulator that they just would not go there.’ That regulatory indifference continued until March 2012, when media attention caught up with an issue that had been costing SME businesses dear. Behind the scenes, though, several attendees detected dramatic changes in the way banks viewed the sale of such products.

Collyer Bristow partner Stephen Rosen says: ‘In 2009, we found that we were having some successes with the banks without a huge amount of effort. Then it changed, and it might be because of a greater number of claims [the banks] were getting.’ The picture was the same for lower-value claims made through the Financial Services Ombudsman, whose change in attitude seemed to mirror the banks’ altered approach.

Claire Collinson, founder of Claire Collinson Legal, says: ‘When I first started sending cases to the ombudsman, I had quite a few initial successes and then their attitude just completely changed.’ By 2010, she notes, ‘everything was being rejected – and on really spurious grounds. You would find an adjudicator looking at completely the wrong rules, so they weren’t even applying the COB [conduct of business] rules. It was incredibly frustrating.’ 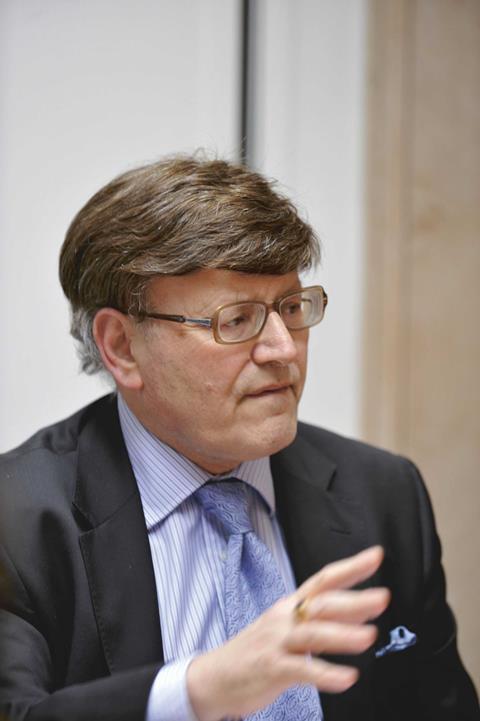 In 2009, we found that we were having some successes with the banks without a huge amount of effort. Then it changed, and it might be because of a greater number of claims [the banks] were getting.

What followed – lasting to the present, despite an FSA review earlier this year that established at least two regulatory breaches in 90% of product sales – was a hardening of the banks’ resolution to fight such cases. Bank documentation changed too, suggesting that the issue of these sales was now on their radar. Abhishek Sachdev, expert witness and managing director of Vedanta Hedging, explains: ‘The documentation provided by the banks massively improved from 2009/10 onwards. It’s very marked when you see a bank providing a client with a product and a presentation in 2005/06 and you see the same bank providing a presentation in 2009/10.’ There was an improvement, he argues, in the level of disclosure ‘with regard to break costs and illustrations’. ‘It’s very tempting,’ Sachdev says, to conclude that, ‘actually the banks had realised, maybe through the volume of complaints they were getting, that they needed to beef up procedures and compliance.’

Mark Hunt, forensic accounting partner at BDO, adds: ‘I think it was only when [banks] realised the volume of cases that this potentially applied to that they really sat up and thought, "This is an issue that we really need to take seriously as a generic and systematic problem".’

Fast-forward to June 2012, and four banks – Barclays, HSBC, Lloyds and RBS – reached agreement with the FSA over a ‘redress’ scheme (others have joined since). The scheme, which provided for independent adjudication for the claims of ‘unsophisticated’ business-owners on products with a value of less than £10m, has its frustrations – but overall has been a positive development, attendees agree.

Hunt says: ‘There were three phases. The early phase, which was every man for himself and see what we can negotiate with the bank. There was then this real tightening of attitude with the bank just rejecting [claims], when they were under a lot of pressure from what was then the FSA. Then the third phase, when the FSA started to tell the banks what they should do.’ The £10m limit seems arbitrary, some say – ‘rough justice’ in Brothers’ words – and there are further problems with the handling of claims. There is, for example, a lack of clarity around the treatment of, and relationship between, ‘direct’ and ‘consequential’ losses under the scheme.

As Rosen puts it: ‘What’s unfair about that process is [the independent reviewer] says, "We will make a finding about whether there was a mis-sell of the swap. We will give you acknowledgment of that finding, but we will deal separately with the question of consequential loss".’ That, he warns, ‘will involve a further time delay’. If the reviewer is ‘then going to say, "We’re not going to make any payment, even though we’ve found there was mis-selling of the swap, until we’ve ascertained the consequential loss," that can lead to a very long wait. Consequential loss is always difficult to assess.’

Hunt notes that assessing consequential loss is ‘an art’, a point Rosen agrees with. Hunt points out that the banks have little choice, despite the clear distinction with direct loss: ‘The requirement, as I understand it, is that they are only required to give a single number, and the person who negotiates the single number is neither working for the bank nor acting on behalf of the customer, so it’s a fair and reasonable discussion, but it’s around a single number.’

Therein lies a continuing problem, Rosen says, which remains unresolved. That’s wrong because ‘the compensation, which should have been paid in relation to the first finding, is deferred. That’s unfair’.

This presents an anomaly, Collinson points out, when compared to the principles applied by the ombudsman. For ombudsman cases, she notes: ‘I have had cases where people have had their money banked and then the bank has said, "OK, you can go on and argue consequential loss in the review scheme". But if it’s a person who is going just through the FCA review, it’s all got to be dealt with together.’

It is also unclear how the FSA review’s finding that only 10% of cases in their SME swaps-sale sample were free of regulatory breaches will translate into a successful adjudication in favour of an SME claimant. 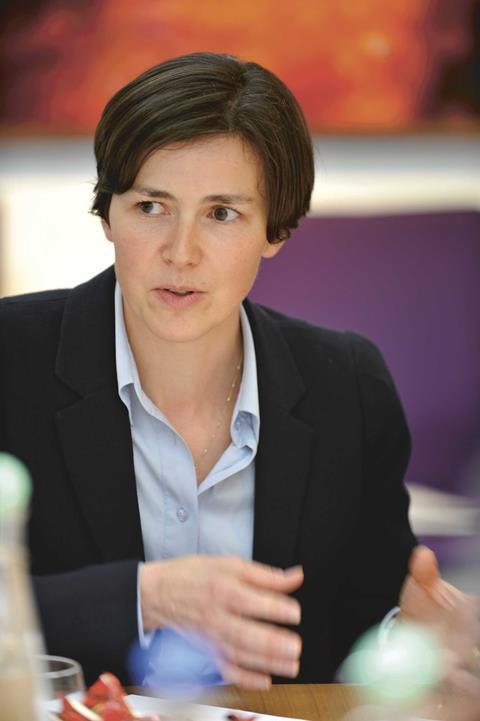 By 2010 everything was being rejected – and on really spurious grounds. You would find an adjudicator looking at completely the wrong rules, so they weren’t even applying the COB [conduct of business] rules. It was incredibly frustrating.

‘It’s not an automatic conclusion,’ Jackie Bowie, chief executive of financial consultants JC Rathbone Associates, says. ‘If you ticked every single box, it wouldn’t automatically mean that [the reviewer] would offer redress.’ Problems exist, she notes, around the classification of clients who may qualify for the scheme: ‘We have a whole slew of clients who… are not quite sure where they sit in the whole sophisticated/unsophisticated category.’

The FCA ‘flow chart’ that defines ‘unsophisticated’ under the scheme is itself problematic, Sachdev argues, as clients ‘almost have to be sophisticated to understand it’. He further warns that ‘there’s a subjective get-out clause’ which says the client is sophisticated if the bank believes the client’s ‘knowledge or experience’ makes them so. ‘I’ve discussed that with the FCA,’ Sachdev adds. ‘They’ve said, in their words, that they don’t expect that clause to be used widely and they’d be concerned if it was.’ It is, though, a further area of ambiguity in a process that was intended to simplify the resolution of such disputes.

Bowie raises another – the way in which banks reclassified many clients following the implementation of the Markets in Financial Instruments Directive (MiFID). One of MiFID’s intended outcomes was to clearly establish the status of clients to determine which needed enhanced regulatory protection in the sale of financial products and which did not. Introduced in 2007, Bowie believes it led to many clients having their classification altered without their full understanding.

‘The notifications that the banks gave out on reclassification vary enormously,’ Bowie notes. Banks, she says, were ‘still going about day-to-day business’ with the client, ‘and one day a letter comes in from some anonymous person on the legal side of the bank which doesn’t mean anything to the client. It says something about MiFID. The client doesn’t even know it’s anything to do with derivatives, doesn’t need to sign anything or consent to the changed relationship’.

The communication of such information is closely regulated, whether it is understood or not. But Brothers believes communication often fell short of the ideal, whether it would have been understood by the client or not. ‘I’m not saying that the bank ought to be giving a total brain dump of information to the customer,’ he says, but adds the provision of some information often ‘would have had a material influence on their decisions’. However expressed, Bowie concurs, ‘the whole asymmetry of information is one of our big arguments’. Inconsistent presentation or availability to clients of the master services agreement governing the derivative (the ‘ISDA’) is one such example.

Despite case-by-case problems, Hunt notes that it is in the interest of the banks to resolve cases going through the review process. And lawyers present are generally advising clients to agree to a time-limited stay in litigation to see what the review scheme can deliver for them if they qualify. They advise against going to review meetings unrepresented though, and Bowie notes that, with forewarning, a bank should contribute to the cost of expert advice for a client the review finds in favour of as a ‘consequential loss’.

On a final topic, Collyer Bristow associate Stephen Critchley, a competition law expert, raises the link some claims may have to admitted London interbank offered rate (Libor)-fixing by banks, where a derivatives product’s interest rate was fixed to the Libor. 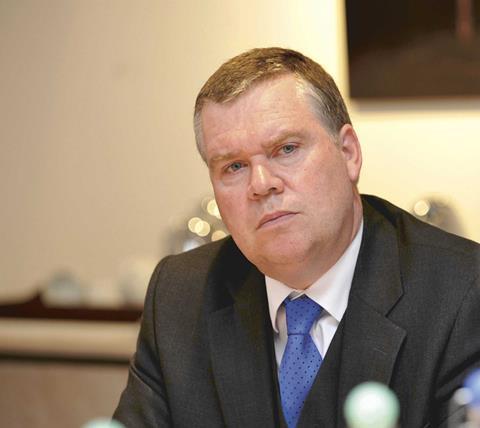 I wrote to the FSA leadership in March 2010… some pretty damning stuff [including] recordings of phone calls of trades. I was staggered, quite frankly, by the lack of interest they showed.

‘If Libor rigging is found to be a cartel,’ Critchley notes, ‘the agreement between the banks is unlawful, and therefore the swap contract, which basically flows out of an unlawful agreement, is also arguably unlawful.’ Such an argument, if successful, would mean, regardless of losses arising from the manipulation of the Libor itself, that ‘the contracts should be shredded’. The point is set to be tested in two cases, one of which Collyer Bristow is acting in, should they come to court rather than settle.

Whatever their relative merits or demerits, claims against our largest banks show no sign of tailing off.