BDB Pitmans is deeply sad to announce that Siân Jones, a partner at the firm, has died from cancer at the age of 53.

Siân was a family lawyer who had headed up the part of the practice at BDB Pitmans for 15 years. She was however better known for her work in a highly specialised and completely different area of practice – the conduct of high profile and major inquests. It was in that capacity that Siân acted as solicitor to the inquests into the deaths arising from the terrorist attacks on Westminster Bridge, London Bridge and Borough Market, and most recently the attacks at Fishmongers’ Hall in November 2019.

After graduating in law from the University of London, Siân was articled to what was then Bircham & Co. in 1990 – a leading private client firm which also acted (as it still does) as parliamentary agents. Siân chose litigation and cut her teeth with a wide variety of civil and matrimonial work, including dozens of cases defending the Metropolitan Police from claims of false imprisonment, assault and malicious prosecution, in which she crossed swords with a young Sadiq Khan. She became a partner in 1998 and, as legal aid cuts reduced the number of cases against the police, chose family law to be her focus. 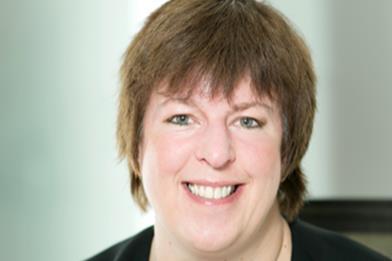 Siân built up the firm’s family practice more or less from scratch, growing it to a 10-strong team. As befits her training, her own personal style as a matrimonial lawyer was to fight, and to fight tenaciously, for her client’s interests. She knew that not all clients would want this approach and recruited others with different styles to join the team. But for those who needed a lawyer to stand up to a bully, Siân was just right. It is a testament to her skills that so often she would be recommended by clients to their friends.

Despite presenting herself primarily as a family lawyer, Siân never neglected the relationships she had made from those early years working for the Met and continued to act for a whole variety of police organisations up and down the country, or in cases involving lawyers from that milieu. In 2003, she joined with her mentor, Peter Jacobsen, in representing the family of Dr David Kelly at the Hutton Inquiry. In 2008, she represented the Association of Chief Police Officers (ACPO) in a judicial review of the content of ACPO’s guidance regarding the gathering of evidence following a fatal shooting by police. In 2010 she acted for train companies in the inquests into the Potters Bar train crash, and then for the King Edward VII Hospital in the inquest into the suicide by one of its nurses, Jacintha Saldanha, after she fell victim to a prank call from an Australian DJ. The long-running Hillsborough inquests followed.

The breadth and rarity of Siân’s experience, combined with the human touch that all good family lawyers need, meant that she was the perfect choice to be appointed in 2016 as solicitor to the inquests into the deaths of 30 British tourists gunned down by a terrorist on a beach in Sousse, Tunisia. The marshalling of evidence from the Tunisian authorities, the UK security services, and a major travel company was a formidable challenge that Siân rose to in her methodical and unflappable style with a combination of tact and clarity of thought. At the same time, and often very much behind the scenes, Siân was looking after the dozens of grieving and shocked families of the victims and going out of her way to ensure that they remained central to the fact-finding process.

Siân accomplished all this despite having been diagnosed with breast cancer in December 2016. Right from the outset, she decided not to concede an inch to the disease and resolved to carry on almost regardless. Many people never knew that she was ill, right up to the end. The fortitude with which Siân submitted to major surgery, radiotherapy and countless doses of chemotherapy astonished those close to her. It meant that she was able to continue with a full family law practice seemingly unaffected, and was the natural choice to be engaged by the chief coroner to run each of the London terrorism inquests that have taken place since then – she was working hard on the Fishmongers’ Hall inquests right up until a few days before she died.

Outside of work, Siân had three main interests – which she shared with her husband, Andrew, a real estate litigator at a City firm. She loved fine dining, fast cars (owning a Porsche) and travel. What most people would regard as a trip of a lifetime was for Siân a biannual occurrence. When undergoing security clearance checks, Siân once had to declare the various countries she had visited. She found it easier to print off from Wikipedia a list of all the countries in the world and then cross off those to which she had not yet made it.

Siân loved the firm but hated bureaucracy, pointless meetings and some of the political correctness that goes with modern office life. She was far more interested in getting things done – provided they were done her way. She preferred to deal with people rather than write a paper. She maintained an ever extending network of friendships within and beyond the office, having the knack of finding a point of common interest and a superb memory of personal details. What this means is that Siân leaves behind so many friendships that have been severed painfully by her passing. She is simply irreplaceable, but she was an inspiration to so many and we pay tribute to her and send our warmest wishes to her husband and all the many others who will be devastated by this loss.

A memorial service will take place in London when the current restrictions on gatherings are lifted. If you would like to be informed of the details, please contact Antony Claxton, antonyclaxton@bdbpitmans.com.