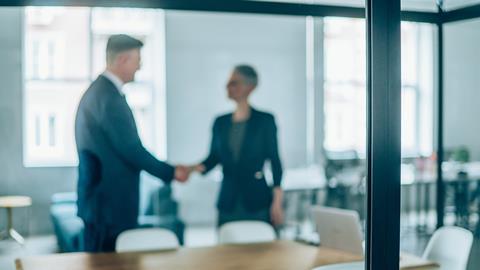 Partners who have not read, let alone taken advice on or retained a copy of, the LLP agreement they signed are a surprisingly common phenomenon. Some are unaware that, in addition to powers of expulsion on stated grounds such as breach of contract, duty or regulation, bankruptcy and commission of a criminal offence, most well-drawn LLP agreements entitle the LLP’s management (increasingly, without the sanction of a partners’ resolution) to retire a partner compulsorily ‘without cause’, often simply by the service of a written notice (commonly of three or six months’ duration). 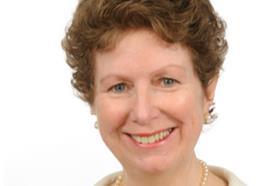 Before serving a compulsory retirement notice, best practice would require an LLP’s management to explain to the partner the issues of concern and provide an opportunity and support to put matters right, especially if the issue is declining contribution. Where a partner does not get on with one or more colleagues, coaching or a move to a different team or geography may be possible. Yet the service of a compulsory retirement notice or statement of intention to serve one often comes as a bolt from the blue (whether without warning or after a warning that has not been delivered in sufficiently explicit terms for the message to be understood).

Most managements, before taking a formal decision to serve notice (or recommending the same to partners), will notify the partner of the view that he should leave, giving him a short period in which to agree terms for a ‘voluntary’ departure. This allows the partner to leave without technically having been obliged to do so and is an opportunity for both parties.

For a partner, it should be used to negotiate for the concessions that can confer a real benefit. These may include a lengthier notice period to allow time for another position to be secured; a right to work during the notice period and not be placed on garden leave; an agreed form of reference; agreed internal and external statements and a moratorium on the publication of same; release from some or all restrictive covenants; agreement of profit share to apply during the notice period and for early repayment of capital and/or retained profit share.

A decision compulsorily to retire a partner may be challenged, including where there is no express power in the LLP agreement. Even if there is a power and the prescribed procedure is followed, a partner has a range of defensive weapons at their disposal. Was the decision made in bad faith (for a reason other than the interests of the LLP)? Is the retirement retaliation for a grievance having been aired or whistleblowing? Does the selection for retirement involve any form of discrimination? If a decision compulsorily to retire a partner constitutes the exercise of a discretion rather than simply the exercise of a contractual right (a point still the subject of debate), following Braganza v BP Shipping and another [2015] 1 WLR 1661, the two limbs of the principle in Associated Provincial Picture Houses Limited v Wednesbury Corporation, [1947] 2 All ER 680 will apply. The first limb requires a body exercising a discretion to take into account all the relevant issues, and only those, when reaching its decision. If that test is passed, the second limb of the Wednesbury principle requires the body not to come to a conclusion so unreasonable that no reasonable body could ever have come to it. Thus, an LLP’s management would be wise to have documented sufficiently cogent evidence of the reasons for a decision that will potentially end a partner’s career.

Most managements will want to handle partner exits discreetly, without recourse to a partner vote (where one is required) which may be controversial or even lost. A partner could therefore insist on the matter going before partners, but this is a high-risk strategy. Few partners are prepared to raise their own heads above the parapet by defying management on such an important issue. Realistically, once management has decided that a partner should leave, it is usually a matter of when and not if, even where there are valid grounds for a challenge.

An LLP has much to gain from being generous to a partner being compulsorily retired, including the avoidance of potential claims and the minimisation of the management resource needing to be spent. A fruitful area for negotiation is the release from the restrictive covenants of an agreed list of clients, especially where those clients are unlikely to remain with the LLP following the partner’s departure. Career counselling, introductions to headhunters, and internal and external statements praising a partner’s past service and contribution on their departure generally cost little – and can all serve to make a partner’s retirement less stressful. They can be perceived as the LLP acting with compassion in what is a difficult situation for both parties, thereby mitigating the cultural damage that can result from forced retirements.

LLPs will often enshrine the agreed terms of departure in a legally binding settlement agreement to ensure an effective waiver of claims. The benefits are obvious given the right of partners to bring a range of claims to an employment tribunal, including claims of discrimination and breach of contract.

Handled well, compulsory retirements can allow an LLP to move forward on a more cohesive footing. Handled badly, they can absorb much resource and, occasionally, cause huge embarrassment. Negotiating commercially rather than emotionally in a difficult situation is to both parties’ advantage.

Tina Williams is a consultant at Fox Williams, London