By Sinead O’Callaghan, James Mather4 May 2020

A leading insolvency practitioner who acted in the KWM and Ince administrations recently warned of a coming financial ‘bloodbath’ for the legal services industry.  The limited liability partnership vehicle preferred by law firms was created to shield professionals from the potentially devastating risk of personal liability for negligence claims. Yet it leaves LLP members exposed to a range of potential losses and liabilities on ordinary trading insolvencies of the kind now predicted to appear. 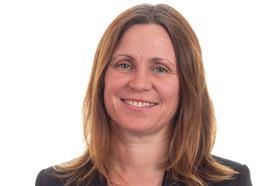 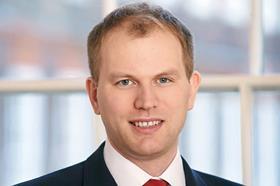 Against this background, partners whose firms are running into difficulty face unenviable choices as they seek to protect their financial interests and future careers. Among the hardest decisions is whether jumping ship is likely to lead to a better outcome than simply holding on. This will turn on the frequently complicated interaction between the terms of their agreements and the framework of insolvency law, as well as on commercial dynamics which are fraught with uncertainty.

A number of the potential sources of liability should an insolvency ensue are, on the whole, more likely to affect those who remained members closest to the end.  LLP members, like company directors, are susceptible to the wrongful trading remedy (at the time of writing, the government’s announcement of a suspension of the provision had yet to bear fruit in any draft legislation). A liquidator’s armoury is specifically expanded in relation to LLPs by the provision at section 214A of the Insolvency Act 1986. This enables sums withdrawn by a member in the two years leading up to an insolvent liquidation to be clawed back in certain circumstances.

Yet wrongful trading claims are notoriously difficult to bring, while it has taken nearly 20 years for the first reported case to appear under section 214A. Claims for breach of fiduciary duty in relation to the period where creditors’ interests should have been paramount may present lesser obstacles, but these too will be confined to strong facts.

The liabilities more likely to be of practical concern are also ones which may be difficult to avoid by an early exit under the terms of the members’ agreement. Claims may arise, for instance, from an alteration of the LLP’s arrangements potentially amounting to a preference or transaction at an undervalue.  The repayment of members’ loans or borrowing guaranteed by members is a particular area of vulnerability. Members can also forget that drawings paid on account of profits will usually be repayable if profits do not materialise in that period. In such a situation, the liquidator may have a straightforward contractual claim to return of the drawings, without any of the complexities of showing that the member knew of the impending insolvency.

As for claims of the latter kind, the terms of a negotiated retirement agreement can improve a retiring member’s position on a future insolvency if appropriately drafted.  Following the insolvency of Halliwells, for instance, the court specifically upheld a retired member’s claim that the terms of his retirement deed precluded a subsequent claim by the liquidator to reclaim payments on account of profits (although the liquidator went on to attack the deed itself under the insolvency legislation, illustrating the complicated dynamics at play).

Those who have retired before the onset of an insolvency process may also hope to improve their position in relation to their capital in the LLP. Actual repayments are commonly deferred until well after the retirement date so as to be vulnerable to a supervening insolvency. Even so, the right to repayment may on the face of it have crystallised as a debt (in contrast to the position where the member remains as such), so that the member could prove for it or set it off against other liabilities such as an overpayment of profits.

In this respect, LLP members are ostensibly in a privileged position compared with members of companies, who under section 74(2)(f) of the Insolvency Act 1986 are precluded from asserting any sum due to them in the capacity of member in competition with any other creditor. That provision has not been applied to LLPs. However, a recent decision (McTear v Eade [2019] EWHC 1673 (Ch)) appeared to suggest that a similar approach might apply to LLPs. If so, it would seem to follow that even where liabilities had crystallised as a debt of the LLP they could not be asserted as such. However, the decision is not carefully reasoned and is perhaps best seen as confined to its facts. It would seem strongly arguable that the fact the statutory provision has not been applied to LLPs must be taken to indicate the legislature’s intention that a different regime would apply to LLPs from that applicable to companies.

Members who exit, therefore, may lessen their exposure to some liabilities and potentially obtain payments which otherwise would have been foregone.  Careful drafting of retirement agreements (and, potentially, pre-emptive drafting of LLP agreements) are capable of strengthening those advantages up to a point.

Yet such members may also find they lack the bargaining power of other groups of members who have remained and can play a crucial role in an administrator’s attempt to extract value from the business. The result of this kind of bargaining power may be to lessen the administrator’s focus on aspects of their arrangements that are potentially open to attack, or provide a stronger basis for a negotiated settlement.

This point is again borne out by the Halliwells insolvency. To facilitate a pre-pack arrangement, the court was prepared in that case to approve the discharge of members’ liabilities which, on the face of it, might fall foul of the anti-avoidance provisions of the insolvency legislation. The reason was that a valuable sale of part of the business could only proceed on the basis that transferring partners could themselves remain financially afloat. The difficulty for individual members is that the dynamics of bargaining positions of this kind may be impossible to foresee. Yet the steadiest of nerves may ultimately be rewarded.

Sinead O’Callaghan is a partner at Cooke, Young & Keidan. James Mather is a barrister at Serle Court