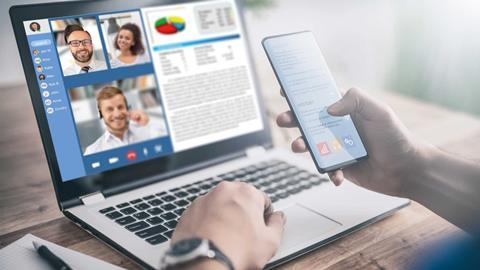 The fallacy of the homeworking revolution 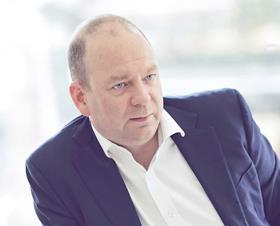 My time during lockdown can be divided roughly into equal periods: two months of properly discovering the advantages of homeworking, followed by two months of appreciating why we have offices. Now, after having been back in the office for two months, I have no doubt that the proclamations being made about homeworking remaining the norm post-Covid are misguided. Having consulted with staff and other colleagues in the profession, I know that I am not a lone voice.  This was echoed by the Bank of England’s chief economist, who warned that prolonged homeworking could threaten productivity and creativity.

First, the advantages of homeworking. Losing the commute saves a couple of hours. This can be extended if you decide not to shower or get out of your pyjamas. Second, if you are engaged in a particularly involved task you may make more headway without interruptions. Third, you might get to spend more time with your children (although this may negate time saved). And that’s it – unless you count being in to receive Amazon parcels.

Full-time homeworking was forced upon us. Lawyers have always worked from home on the odd day, but taking firms completely off site at short notice is something different altogether. Crudely speaking, it means scattering bits of office hardware across staff’s lounges and putting in a couple of extra layers of cybersecurity. When everything is plugged in, things work in much the same way as they do in offices. This revelation has got people asking whether we really need offices at all and heralded the homeworking revolution.

In the legal sector, we have been lucky that when forced to work remotely we can do this and (subject to other economic factors) survive, at least in the short-term, in the way that other industries cannot. However, it does not follow that this should become the new normal. Taking a step back, there is nothing new about homeworking. We have had laptops, broadband, email, mobile phones, video conferencing and cloud computing for more than a decade. At most firms, lawyers have always been told they can work from home if they want or need to. Most have chosen not to, aside from the odd day here or there to concentrate on a particular task (perhaps to coincide with a visit from the plumber).  Why is this? In my opinion, it is because full-time homeworking can be unhealthy and, contrary to a recent myth, is rarely as productive as working in an office.

Perhaps the greatest argument against permanent homeworking is the need to draw a distinction between home and work life. To function properly, we need to be able to switch off at the end of the working day and rest and play. A lounge should feel like a place for relaxing not working. Most lawyers who work in London or other large cities are unlikely to have spare rooms to use for makeshift offices. It seems unreasonable to expect them to permanently give up a chunk of what limited square footage they have; more so if their partner is being asked to do the same.

Similarly, time gained from not commuting may be a red herring. The commute serves as a useful psychological bookend between work and home life. After all, most of us choose not to live next to our place of work. While the extra hours may have caused some employers to claim that homeworking is productive, this view is short-termist. Ultimately, if employees have a poor work-life balance they risk burnout, sickness and absenteeism.

An under-recognised aspect of office work is social interaction. This does not necessarily mean afterwork drinks; it can simply involve chats with colleagues. Being plugged into a computer in your bedroom is something we tell our teenage children is unhealthy. Lockdown has surely made us appreciate the value of the ‘real world’ and genuine social interaction. The online equivalent is a pale imitation. Here mental health overlaps with the quality of work being undertaken. As lawyers, we work best collaboratively – discussing cases with each other and bouncing ideas around. In lockdown, we have tried to mimic this with video team meetings, but anyone who thinks this works as well is kidding themselves. It is certainly not enjoyable, much in the same way that a Zoom party is not a real party. The negative effects on recruitment, training, career and business development are obvious.

The return to offices has been slow and has been slowed further following the reversal of government advice (let me be clear, I am all in favour of enforced homeworking if it is unsafe to go to work). However, I am not sure that this is completely borne out of fear. When we were told to go back to pubs and restaurants in August, we did so in droves. When we were told to go back to our offices at the same time, most of us said ‘no thanks’. It seems that many of us had already got stuck in a rut with homeworking. What is surprising is how many firms appear to be facilitating this, rather than properly considering the long-term advantages of the office. Lockdown may have encouraged the luddites among us to brave the world of remote technology, but we have offices for a reason. If we did not need them, we would have abandoned them a long time ago.