The resumption of inquests into the 1974 Birmingham and Guildford pub bombings raises a number of issues regarding the process by which complex multi-death tragedies are investigated. 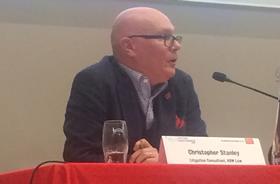 These relate not just to the process of investigation, but also the way government responds to complex investigations where state failure or responsibility may be engaged.

Decisions to resume historic Northern Ireland conflict-related inquests in relation to Birmingham and Guildford mean that the coroners were persuaded that there was jurisdiction, power, sufficient reason and practical purpose to resume the original inquests. Both inquests were suspended following the prosecutions and convictions of the ‘Guildford Four’ and ‘Birmingham Six’.

Those convictions were quashed in 1989 and 1991 respectively, but that did not lead to any new coronial investigation into the original acts leading to the deaths.

Ruling the convictions unsafe and unsatisfactory led to internal police inquiries by outside forces and latterly an investigation of the Birmingham bombings by the West Midlands Police. This was vehemently opposed by the relatives of the victims.

The families of the bombing victims in Guildford and then Birmingham were excluded from the original police investigations and criminal trials. Family members were asked to identify their loved ones (in some cases only by remaining body parts) but, reflecting the culture of policing at the time, there was no attempt to include these families in any part of the subsequent processes of investigation. After the convictions were quashed, the families had to start a campaign to have the inquest resumed.

The 1998 Good Friday Agreement led to arrangements being put in place to address the toxic legacy of the conflict and to give expression to the jurisprudence of the European Court of Human Rights (ECtHR) in Strasbourg in what became known as the ‘McKerr group of cases’.

To that effect, an Office of the Police Ombudsman was established, the PSNI Historical Enquiries Team was created (it was wound up in 2015), and public inquiries were announced into ‘Bloody Sunday’ and the murders of Robert Hamill (still yet to report), Rosemary Nelson and Billy Wright.

Fresh inquests were to be held for some conflict-related deaths, although the family of murdered solicitor Patrick Finucane are still litigating for an independent inquiry into his death. They want it to be unconstrained by the section 19 restriction provisions of the Inquiry Act 2005, which can be used to keep hearings and evidence private. The UK Supreme Court last month ruled that no Article 2-compliant inquiry has been held into the murder of Finucane and referred the case back to the government.

As a result of the Good Friday Agreement, victims’ families have been engaged and represented in Northern Ireland inquests and inquiries. But the relatives of victims of Birmingham and Guildford are not part of the agreement. Relatives welcomed the reopening of the inquests, but following meetings with the home secretary and the secretary of state for Northern Ireland, it was clear that block-grant funding for representation from the Home Office would not be made available. This was reiterated by a subsequent home secretary, who urged reliance upon funding from the Legal Aid Agency (LAA).

Our own firm, KRW Law, is based in Northern Ireland and has been representing 10 of the victims’ families pro bono since 2014. No England and Wales firm came to their assistance. It would take an amendment to the legal aid regulations applying in England and Wales to enable a Belfast firm to apply for an individual legal aid contract in order to make a case for exceptional case funding to provide legal representation at this inquest (in fact, 21 separate inquests).

To date, those represented by KRW Law in the Birmingham pub bombing inquest have received no financial assistance from the LAA, and the most recent costed case plan has been knocked back by the LAA. The inquest is now into its third week. All work in relation to the inquest by solicitors and counsel has been done pro bono – noble, but neither sustainable nor edifying in the tragic circumstances of mass murder.

The coroner to the inquest stipulated early on that he wanted public funding to allow relatives to be represented at the inquest. He also ruled that the inquest would be conducted in accordance with the enhanced investigatory standards demanded under the jurisprudence of Article 2 (the right to life), which includes the effective participation in the process by the relatives of the victims.

While understanding that an inquest is not a criminal investigation or a trial, and cannot allocate either criminal or civil liability, the families at least expected that the questions of who authorised, planned, constructed, carried and detonated the bombs that killed their loved ones would be subject to examination as part of ‘all the surrounding circumstances’ of the tragedy. That would attribute responsibility for the act which led to the deaths – which an inquest can do.

However, the coroner has ruled that ‘the perpetrator issue’ was out of scope of this inquest. The families have applied to the LAA for funding for a judicial review application to challenge this decision.

The LAA refused the application for funding so the families resorted to the CrowdJustice fundraising platform and by standing outside football stadiums with buckets asking for money. Enough money was raised to have a Divisional Court look at the ruling and refer it back to the coroner for reconsideration. He made an application to the Court of Appeal which set aside the judgment of the lower court and restored the coroner’s ruling.

In January, the application to resume the inquest into those killed in the 1974 Guildford pub bombings was accepted, and that inquest will resume. However, the senior coroner for Surrey made it clear in his initial ruling to resume that the template set by his colleague in Birmingham would be that used in his investigation.

After the Court of Appeal judgment, the Birmingham families did not think they had the financial or emotional resources to apply to the UK Supreme Court. They consider the judgment of the Court of Appeal to be bad law in terms of developments in this area of law being promulgated for the ECtHR. Similar issues are approached differently in conflict-related legacy inquests in Northern Ireland, for example inquests for the 1976 ‘Kingsmill massacre’.

So the core issue of concern to the relatives of the victims was ruled out of scope and the question of who bombed Birmingham remains.

One of the public-interest functions of an inquest is to allay rumour and suspicion and to restore confidence in the rule of law. Parallel to the satellite litigation on the issue of scope, continuing admissions were being made regarding the question of who was responsible for the Birmingham bombing.

A former IRA member admitted collective responsibility for the bombs when interviewed by the BBC in Dublin. Former MP Chris Mullin has used an article in the London Review of Books to name two men he interviewed for his 1986 book on the police investigation, who admitted their involvement.

So limiting the scope of the inquests has not prevented ongoing speculation.

A further series of pre-inquest review hearings recommenced in Birmingham. Now the issue of whether there was evidence of an agent or informer being involved in the bombings was tested.

Disclosure by the West Midlands Police and by the Ministry of Defence, the Home Office (on behalf of MI5) and the Foreign & Commonwealth Office (on behalf of MI6), led the coroner to determine that there was no evidence of an agent or informer being involved or protected. He therefore ruled the agent and informer issue out of the scope of the investigation, despite continued rumour and suspicion.

The issue of disclosure has became a contested point in these proceedings. Joint Intelligence Committee files from the period have gone missing. West Midlands Police files have been destroyed, and no documents could be located within any state agency relating to contingency planning, policies, protocols, procedures and guidelines in response to the 1973-1975 IRA bombing campaign.

The Government Legal Department (formerly the Treasury Solicitor’s Department) provided an affidavit that the named government departments had conducted their searches and there was nothing beyond that which the coroner had already been given.

The coroner determined that a substantial proportion of disclosure was either irrelevant to the inquest or should be redacted. The families have countered that they were being expected to rely on the good faith of the coroner, who in turn relies on the good faith of the government. They want the opportunity to reach their own view on whether material excluded is irrelevant.

The 1974 Birmingham pub bombing inquest is being heard before a jury and remains compliant with the investigatory standards demanded by Article 2 of the ECHR, including examining ‘all the surrounding circumstances’. As the evidence is adduced by ongoing disclosure and witness examination, the scope of the investigation must be kept under review by the coroner.

However, the scope of the investigation is currently restricted to the issue of forewarning and failure to act on prior knowledge, and possibly an examination of the emergency response to the bombings. A further requirement of an Article 2 inquest is effective victim participation, which means the provision of independent legal representation.

At the start of the Birmingham inquest another CrowdJustice funding platform was launched to try to ensure equality of arms and parity with the coroner and the other state agencies, in order to participate in complex five-to-seven-week multi-death historic inquests. That, again, has meant standing outside football stadiums with buckets asking for money.

Christopher Stanley is litigation consultant with KRW Law-LLP, which has represented 10 families of victims of the 1974 Birmingham pub bombings pro bono since 2014