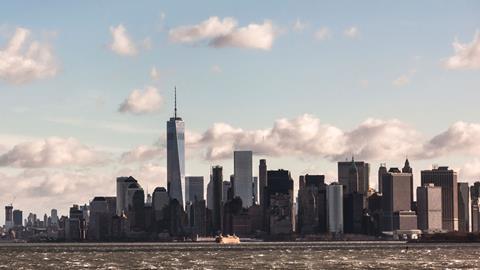 Arbitration and the common law

The LCJ’s intervention is unlikely to herald a fundamental rethink about the balance between arbitration and litigation.

On 9 March, lord chief justice Lord Thomas of Cwmgiedd gave a lecture in which he argued that the increase of arbitration in England, with its proceedings in private and limited rights of appeal, is impeding the development of the common law; and that by extension the law is no longer keeping pace with changes to commerce.

Lord Thomas suggested a three-pronged approach to redress this perceived imbalance: creating a more flexible test for permission to appeal an arbitral award to the courts on a point of law; encouraging the courts to make preliminary determinations on points of law arising in arbitrations; and finally promoting litigation more generally.

While Lord Thomas made numerous interesting points, it is most unlikely that his intervention will herald a fundamental rethink about the balance between litigation and arbitration.

One point at least appears to be agreed. The exponential increase of arbitration in London over the last 20 years has inevitably meant that fewer complex cross-border commercial disputes have found their way into the law reports. Whether this is cause for concern is less clear, however.

At the heart of this issue is an important debate about the role of lawyers. The constant evolution of English common law has undoubtedly been of enormous value, but solicitors and barristers alike must never lose sight of their role in society, which is (insofar as the law allows) to give effect to their clients’ wishes. If commercial parties, properly advised and cognisant of the options, choose to resolve their disputes in a private forum, outside the court system, then other considerations such as the state of the common law (no matter how well-intentioned) are of secondary importance.

There are, of course, many good reasons why commercial parties make a positive decision to arbitrate, rather than litigate, their disputes. First and foremost is the question of enforcement. An arbitral award given in one New York Convention state ought, in theory at least, to be enforced in any of the other 156 convention states. By comparison, a judgment of the English court will only be enforceable as a matter of right in the other member states of the EU, plus various former British colonies/Commonwealth jurisdictions. Even then, there is no guarantee that the local courts will automatically give effect to such a judgment.

A claimant with designs on assets held by an opponent in, say, the US, Russia or China is almost certainly better off arbitrating a dispute rather than litigating. On the possibly crude but entirely pragmatic basis that a claimant’s first priority is an ability to turn a judgment or award into hard cash, arbitration will continue to be the better bet for international disputes, and especially those involving extra-European parties.

On the crucial question of enforcement, Lord Thomas made the point that the New York Convention permits challenges to arbitral awards. In reality, however, the grounds for challenge at the enforcement stage, at least in this jurisdiction, are limited to matters such as public policy. The number of successful challenges under the New York Convention is few, and so the theoretical possibility of a challenge is no reason to throw the baby out with the bathwater.

Similarly, if parties wish to have their disputes heard in private, they are surely entitled to that. Those same parties, no doubt spending a great deal of money in the process, certainly do not owe some higher duty to the advancement of the common law. Lord Thomas points out that the duty of confidence in arbitration is not absolute. An implied duty of confidentiality, however imperfect, is better than no duty at all.

As regards Lord Thomas’s suggestion that the courts be more involved in the arbitral process, whether by way of appeals on points of law or preliminary determinations on points of law, neither of these overlapping proposals appears to withstand close scrutiny.

Another reason that parties agree to arbitrate is finality. Any contentious process invariably means that there will be a winner and a loser. The parties understand that much from the outset, but upon agreeing to arbitrate, they are at least seeking to minimise the possibility of appeals.

In any event, by agreeing to institutional arbitration, including under the aegis of the International Chamber of Commerce or the London Court of International Arbitration, parties are routinely waiving the right to appeal on a point of law. Similarly, parties cannot appeal against an arbitral award in England if the governing substantive law of the proceedings is not English law. In other words, one cannot easily expand the right of appeal on a point of law without a more fundamental rethink of the relationship between arbitration and the courts, and there appears to be little appetite for such a radical overhaul.

Many of the same points could be made regarding preliminary determination on a point of law. When parties choose to arbitrate, they are in effect electing to have decisions made not by the courts, but by an arbitral tribunal, and often that means a tribunal which they have helped to constitute. There is no obvious reason why an arbitrator is any less qualified to make a preliminary determination than a judge.

Anything that makes London less attractive as a seat of arbitration would amount to a spectacular own goal.