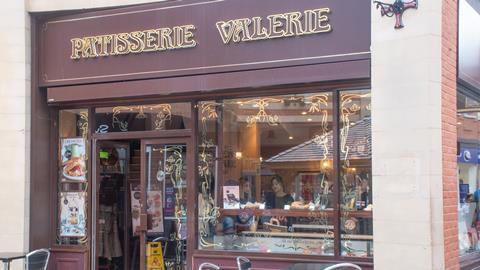 In their efforts to break the dominance of the Big Four in the UK’s audit market, mid-tier accountancy firms are facing increasing regulatory pressure. In 2019, the Competition and Markets Authority (CMA) issued a landmark report on the UK’s audit market, calling for smaller ‘challenger auditors to shake up the market and end the dominance of the Big Four’ in the wake of the collapse of Carillion and BHS. However, those same challenger firms are now themselves encountering greater regulatory scrutiny as they conduct increasingly complex audits in a more stringent regulatory environment - often without historic advantages at the scale enjoyed by the Big Four. 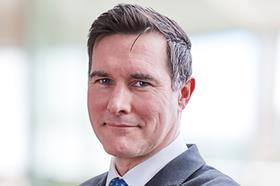 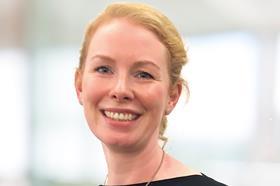 In 2019, the CMA acknowledged that it would take time to build up the capacity of smaller firms to audit the largest corporations. At the time, the Big Four – PwC, KPMG, EY and Deloitte – audited 97% of FTSE 350 companies, collecting 99% of their audit fees.

The CMA’s 2019 report stated that: ‘More choice and competition for the audits of big businesses can and should drive up their quality, but the barriers to entry for “challenger” audit firms are currently large.’ The report suggested that it was ‘widely accepted that challenger firms do not currently have the capability to audit the largest, most complex companies at the top end of the FTSE 350. This is in part because of the size of the audit teams and international networks required to carry out these audits and, in some cases, because the challenger firms do not have the required sector or other expertise.’

The challenger firms faced what the CMA called a ‘chicken and egg’ problem. Those firms could not win the audits of leading companies without the necessary track record, but they could not gain that experience without being instructed to conduct the big-ticket audits. To address this problem, the CMA recommended ‘mandatory joint audit[s], to increase the capacity of challengers, to increase choice in the market and thereby drive up audit quality. Challenger firms should work alongside the Big Four in these joint audits and should be jointly liable for the results’.

Yet, just two years on, the Financial Reporting Council’s (FRC) growing number of investigations into mid-tier challenger audit firms raises difficult questions. The FRC recently announced that it is investigating the 2020 audit of fashion company French Connection. That audit was conducted by the mid-tier accountancy firm Mazars. Mazars said it is co-operating with the regulator but declined to comment further. This is just the latest of a series of FRC investigations into alleged activities and conduct (or alleged misconduct) of mid-tier accountancy firms such as Crowe and Grant Thornton.

It now seems that the UK government’s aspiration to disrupt the domination of the Big Four may in reality be having the unintended consequence of transferring disproportionate regulatory pressure and scrutiny on to the challenger firms, while also exposing them to greater litigation risk before they have developed the robustness that comes with experience of and exposure to larger audits. For example, the FRC found that three in seven of Mazars’ audits reviewed in an inspection required ‘more than limited improvements’, which suggests that investigations may continue for some time.

The FRC’s increased focus on mid-tier auditors does not imply that the regulator is no longer investigating the Big Four. Indeed, just last August the FRC fined KPMG £13m and ordered it to pay over £2.75m in costs as a result of its role in Silentnight’s 2011 insolvency. KPMG was found to have facilitated a potential client, HIG Capital, acquiring Silentnight – but without the burden of its £100m pension scheme deficit. By doing so, KPMG was considered to have preferred the interests of HIG, even though these were ‘diametrically opposed’ to the interests of KPMG’s actual client, Silentnight. The FRC’s Elizabeth Barrett said that ‘KPMG and [the KPMG partner leading the matter] Mr Costley-Wood compounded their serious misconduct by advancing a defence to proceedings which was partly untruthful and by failing to co-operate’.

Of course, such strident regulatory scrutiny often leads to litigation, which can be as onerous – if not more so – than any fines imposed. The plain reality is that the Big Four are better able to absorb large fines and finance complex litigation than their mid-tier competition. This was specifically cited as a barrier to entry for challenger firms in the CMA’s 2019 report.

That report noted that a ‘number of challenger firms have suggested that FRC enforcement activity has raised the barriers to them competing for FTSE 350 audits. Crowe told the CMA that one of the principal supply side barriers they have observed was the additional risk and exposure to non-Big Four firms from being caught in litigation and also regulatory enforcement’. The inference is that, given their size and financial resources relative to the Big Four, potential reputational damage, fines and/or litigation arising out of any enforcement action would have a disproportionate impact on challenger firms which in itself may deter them from taking the opportunity to bid for FTSE 350 audit instructions.

ARGA: what does the future hold?

The FRC is shortly due to be replaced by a new regulator, the Audit, Reporting and Governance Authority (ARGA). The creation of this new regulator was prompted by a damning 2018 independent review into the FRC. AGRA looks set to wield enhanced investigatory and enforcement powers, as proposed by a March 2021 government white paper, Restoring trust in audit and corporate governance.

There is a real risk that ratcheting up the regulatory pressure will drive mid-tier challenger firms away from working on major audits, thereby undermining the government’s stated objective in relation to the predominance of the Big Four. Three years ago, GT announced its withdrawal from the FTSE 350 audit market.

The reality may be that tighter regulation and increased regulatory scrutiny – and the significant litigation risk inherent in major audits – could make auditing the largest companies simply too big a risk for mid-tier challenger firms to take on.

To address these challenges, it may be that some mid-tier audit firms will seek to grow their capacity internally, while others might seek external investment. Ultimately, the solution to the intractable problems of scale and expertise faced by these smaller challenger firms may lie in mergers. In 2019, audit firms BDO and Moore Stephens led the way, by merging to form BDO as a substantial challenger to the Big Four. As regulatory risk increases, other challenger firms may soon consider strategic mergers as a way to develop the scale and expertise they need to compete at the top table.

Claims arising out of the increased scrutiny of the audit profession are increasingly common. Some recent examples include the following:

We anticipate that audit reform and increasing regulatory scrutiny will continue to give rise to claims for professional negligence, where a firm has allegedly not provided its services with reasonable care and skill. In that context, raising the bar in terms of regulation will inevitably have an impact on the standards against which a claim for civil liability will be measured.

Judgments like that by the Supreme Court in Manchester Building Society (MBS) v Grant Thornton UK LLP [2021] are widely considered to have broadened the scope for losses for which civil liability may arise in a claim against auditors, holding that, ‘in [their] view, in the case of negligent advice given by a professional adviser one looks to see what risk the duty was supposed to guard against and then looks to see whether the loss suffered represented the fruition of that risk’.

These factors, together with the rise of group litigation in the UK and the increasing availability of litigation funding, combine to significantly increase the likelihood of claims being brought in the civil courts against auditors and accounting firms.