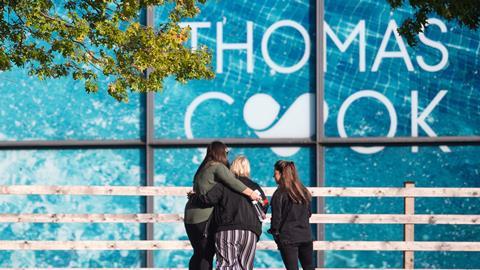 Changing insolvency legislation for the better

2019 has seen a recent high in the number of corporate insolvencies, some of which have involved high-profile and established brands – including Thomas Cook, Mothercare, British Steel, and Laterooms. When added to the likes of Carillion in 2018, corporate insolvency has rarely been more in the spotlight. Alongside the increasing disquiet amongst landlords with Company Voluntary Arrangements (CVAs) (with challenges being made in respect of the Debenhams and Regis Supercuts CVAs this year) has raised questions about whether the corporate insolvency regime in England and Wales is fit for purpose and whether, in circumstances where high-profile companies have entered liquidation rather than administration despite a trading business existing, changes need to be made to provide struggling companies with different options.

The government has looked at this and has set out possible changes to corporate insolvency over the last few years. Whilst it seems that legislative change is a little way off (given the current political obsession with Brexit), it does at least signal a willingness on the part of politicians to try and make changes for the better to insolvency legislation. The obvious question is whether these changes make the necessary difference and are there other matters which could be changed to improve the situation for financially distressed businesses.

As matters currently stand, a CVA is the only obvious legislative alternative to formal insolvency. Whilst the principle of allowing a company to negotiate a compromise with its creditors to suit its current circumstances is a sound one, as time has gone on, creditors have objected to it as being unfair. Most recently, the trend has been for landlords of retailers to object to CVAs which compromise the rent due under leases (and other provisions) – sometimes very significantly – whilst compromising the claims of other creditors (such as suppliers) less significantly. The position of many landlords currently is to oppose CVAs almost from the start – as a matter of principle. Whilst challenges have not, to date, been universally successful, the pressure on CVAs and the desire of companies to explore or implement them may well subside. Without change, this would leave only formal insolvency options for companies which cannot continue to trade in their current circumstances (very possibly to the ultimate detriment of all creditors, including landlords).

As a possible alternative option, the current government proposal is for a preliminary moratorium which would, with the supervision of an insolvency practitioner, allow 'breathing space' for companies in order to provide an opportunity to rescue the business. Whilst this has engendered some support generally within the insolvency community, as with all such proposals, the devil is in the detail. As per the government’s latest proposal, the moratorium would only be available if a rescue of the business was more likely than not and, significantly, only if the company was solvent. Indeed, the moratorium is to terminate if the company becomes unable to pay its debts.

Giving a company breathing space is critical if the rescue culture which the Insolvency Act 1986 and the Enterprise Act 2002 sought to create and develop is to continue. However, the requirement on directors to identify that rescue is more likely than not, requires directors to be significantly more confident of rescue than when appointing administrators (when only a real prospect of rescue would be sufficient to appoint). The requirement that the company remain solvent for a moratorium to be an option also requires directors to predict the future with some degree of certainty. Most businesses require breathing space because they have already become unable to discharge their debts when due, not before.

To limit the moratorium to solvent businesses would give the moratorium significantly less force than if opened up to insolvent businesses, for whom a moratorium (the kind of which companies used to try and obtain informally by filing successive notice of intention to appoint administrator forms and which is available to some companies when pursuing a CVA) may well avoid formal insolvency whilst allowing a rescue which benefits the company, shareholders and creditors alike. The suggestion from R3 that companies must discharge all debts as and when due during the period of the moratorium is a sensible one as it will go some way to avoid any potential misuse or abuse of the moratorium.

If formal insolvency is inevitable, administration appeared to be the government’s preference (certainly from the change of the administration regime under the Enterprise Act 2002 onwards). However, recently large companies have been put into compulsory liquidation (with special managers appointed to run the business) rather than putting them into administration. This could be seen as a concern given that administration is seen as the better option for trading businesses in financial distress and is thought to preserve more value for creditors than a compulsory liquidation. Whilst the reasons for opting for liquidation over administration are likely to be linked to insolvency practitioners not wanting to take on the risk of significant personal liability and wanting some assurance in respect of funding, there are some potential changes to administration that might make it a little more attractive.

Allowing administrators to disclaim onerous property and applying insolvency set off from the date of administration are two such possible changes. Inheriting significant leasehold liabilities in companies whose business model has changed dramatically to reduce the need for 'bricks and mortar' is an obvious disincentive for proposed administrators. Being able to 'cull' these liabilities to allow the business to be rescued would provide a greater degree of flexibility and create real possibilities of rescue for companies overwhelmed by historic debt and out of date business structures. Allowing set-off would also go some way to dilute the pressure that a supplier can apply to companies in administration were, currently, any cross-claim by the company cannot be set-off.

There has also been some call for England and Wales to adopt a version of the US Chapter 11 procedure to assist struggling companies. However, this requires a significant change of approach within the UK insolvency market and the business community generally and may, at this stage, be a step (or several) too far. There is no doubt that the current insolvency regime can be altered and added to in order to make them more appropriate for the current climate and increase the options available to companies in financial difficulty which will benefit them and their creditors. The above are just a few examples and if insolvency stakeholders (including the government) are prepared to consider changes with an open mind and an eye on the 'long-term gain' for 'some short-term pain', it is possible that the regime can be improved for the benefit of all interested parties.