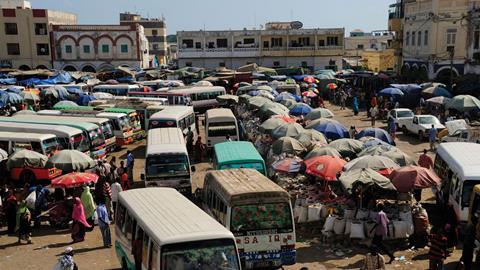 Does the court have jurisdiction to this security?

Security for costs is a key strategic consideration for defendants. It is usually vital in ensuring that a successful defendant is able to recover its costs and discouraging more speculative claims. If a claimant is unwilling or unable to put up such security, the court can refuse to hear their claim.

There has been controversy about whether the court has jurisdiction to grant security post-judgment. Even if it does, on a practical level, what sanction does the court have to enforce compliance post-judgment?

These issues came before Mr Justice Flaux in Republic of Djibouti and others v Abdourahman Boreh and others [2016] EWHC 1035 (Comm).

Judgment was handed down in Republic of Djibouti and others v Abdourahman Boreh and others [2016] EWHC 405 (Comm) on 2 March, following a 10-week trial in the Commercial Court in late 2015. The case came to prominence in March 2015 when Mr Justice Flaux held that he had been deliberately misled by the Republic and its lawyers, Gibson Dunn & Crutcher, when granting a freezing order over Boreh’s assets (Abdourahman Boreh and others v Republic of Djibouti and others [2015] EWHC 769 (Comm)).

The substantive case centred on Boreh’s role in the various investments in port development projects in Djibouti. The Republic alleged that Boreh took bribes and abused his position to procure secret payments for himself and his companies. In his judgment Mr Justice Flaux dismissed every one of the Republic’s claims, finding in the process that the action had been part of a politically motivated campaign by the president of Djibouti against Boreh, whom he perceived as a political rival.

Security for costs provided before trial

Before trial, Boreh had been granted approximately £9.3m as security for his costs of the proceedings. As a result of the circumstances of the defendants’ victory:

1. The Republic agreed that the defendants’ costs should be assessed on the indemnity basis;

2. Interest should be paid on costs from the date of payment of those costs; and

These factors meant that there was a significant shortfall between the security provided and Boreh’s total costs. Boreh therefore applied for further security to cover the shortfall on the basis that he was likely to recover substantially more than £9.3m. He also applied for security for the costs of the detailed assessment.

The Republic did not challenge the court’s jurisdiction to award security for the costs of the detailed assessment as those proceedings were still pending. However, the Republic sought to argue that the court did not have jurisdiction to award top-up security for costs under Civil Procedure Rule 25.12 post-trial and argued that there was no relevant precedent for this. The notes in the White Book explain that ‘the purpose of an order for security for costs is to protect a party in whose favour it is made against the risk of being unable to enforce any costs order which they may later obtain’.

Lord Falconer, on behalf of the Republic, emphasised that the word ‘later’ meant that security would only be ordered before trial.

Mr Waller QC, on behalf of Boreh, pointed out that no enforceable costs order had yet been made because there would still need to be a detailed assessment. The court therefore did have jurisdiction because the point had not yet been reached where Boreh was seeking to enforce a costs order. Waller added that it would be surprising and unjust to Boreh for the court to decide that it did not have jurisdiction in circumstances where the claimants’ conduct had been so poor that an indemnity costs order had been made.

Furthermore, Boreh’s prospects of being able to enforce a costs order in Djibouti against the government were almost non-existent. Waller also relied on Excalibur Ventures v Gulf Keystone [2013] EWHC 4278 (Comm) as an example of the court exercising this jurisdiction.

Mr Justice Flaux held that the court did have the requisite jurisdiction under CPR 25.12.

The judge then turned to the question of whether, as a matter of discretion, he should grant security. The key point of contention was the extent to which the defendants were able to show a change of circumstance which meant that they were now likely to recover substantially more than anticipated in the course of the action and whether it mattered whether the change of circumstance was foreseeable.

Again, Waller referred the judge to Lord Justice Clarke’s decision in Excalibur. Both Excalibur and Boreh were substantial Commercial Court actions in which the claimants’ conduct justified the defendants’ costs being paid on the indemnity basis and with interest. Clarke LJ held that the award of indemnity costs was a material change in circumstance that had resulted in the defendants being undersecured since they were likely to recover a higher proportion of their costs than the security they already had. This change in circumstance merited a top-up of security. Importantly, Clarke LJ decided that it was not necessary to show that these material changes in circumstance were unforeseeable when security was first applied for.

The additional feature of the Boreh case was the success fee due to Boreh’s lawyers. This success fee was only payable in the event that Boreh succeeded in defeating all the claims against him and thus security for it had not been sought pre-judgment. Mr Justice Flaux followed the approach in the Excalibur decision and held that, just because it was foreseeable that the success fee might be payable at the end of the case, it did not mean that security should have been sought for it early in the proceedings. If it had been, no doubt it would have been fiercely resisted by the Republic.

Excalibur and Boreh are potentially important precedents. Security for costs is almost always given on the assumption that costs will be awarded on the standard basis. Any time that an indemnity costs order is made, the likelihood is therefore that a defendant will be undersecured and in need of a top-up in the security given to it.

The other interesting issue, which did not need to be addressed in Boreh, remains: what sanction can the court impose on a litigant that breaches a post-judgment order to provide security? Various suggestions were put forward in Boreh, including debarring the Republic from participating in the detailed assessment or the inquiry into damages.

Alternatively, where the judgment is subject to appeal, the defendant may want to consider an application similar to the one made in Hansen v Great Future International Ltd [2003] EWCA Civ 1646 where the defendant obtained an order from the Court of Appeal that the claimants should not be entitled to continue with their application for permission without first complying with the existing cost orders.

Yvonne Jefferies is a partner at Byrne and Partners, London. Adam Knee, a solicitor at the firm, also contributed to this article