Happiness. A luxury or necessity?

How many lawyers do you know who have struggled with their mental health? I’m willing to bet it’s more than a handful. And that will be just the ones you know about. There will be many more who don’t feel comfortable discussing their issues openly or haven’t admitted to themselves that they are feeling down. It might even be you. 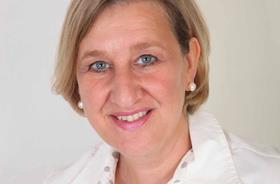 As a former lawyer of 25 years, I know first-hand the challenges a great many of us face working in a profession with the tyranny of heavy caseloads, tight deadlines and high standards of excellence imposed by ourselves, the Law Society and our clients.

Research in 2009 found that lawyers in the US were 3.6 times more likely to suffer from depression or mental ill-health. (We are also at greater risk of heart disease, alcoholism and drug use than the general population). I suspect that’s no surprise to anyone in practice, but what is the reason for it? And can we do anything about it?

The case for happiness

Before I answer those questions, I want to set some context. Happiness is not just a nice-to-have, it’s an essential part of a healthy and successful life.

Not only do we all deserve to be happy, but happiness is the precursor to success. For decades we have been approaching success and happiness in the wrong order, believing that when we are successful, we will be happy - a bigger house, the latest model car, salary review or partnership   will be the thing that helps us achieve happiness.

Why lawyers are disproportionately affected by unhappiness

The 2009 research showed that as a profession we are more likely to suffer from mental ill-health. A study from Harvard offered a reason why – selective perception.

The Harvard study looked at what happened to people who were made to play Tetris continuously for three days. The major effect was that they saw Tetris piece-shaped things wherever they went. This was attributed to neural plasticity of the brain, the mechanism that means we literally become what we think.

Now think about your training. Did you spend your days looking for positives, for good things, for everything that was right? Or were you tutored to look for risks, mistakes and the things that are wrong with the documents you studied? 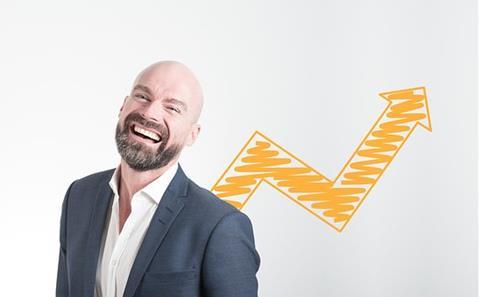 Lawyers are drilled to look for negatives and how to minimise risk. It is the cornerstone of our craft. But in spending a significant proportion of our working life doing that, and training, then rewarding, our brain to find them, we put this negative filter on everything we do and, by default, sieve out the positives.

This means that, without conscious effort on our part, we will look for the negatives in our home life as well as at work. We will instinctively see people’s mistakes, their weaknesses, what they could have done better – and we are unlikely to be aware that’s what we’re doing.

The effects of positivity

Why is viewing the world through a negative lens a problem? Quite apart from the predictable consequences for our relationships and mental health, it’s also a problem because a wide range of studies have shown that positivity increases not only happiness but performance.

In 1997, a study used two groups of doctors to prove that positivity impacts on performance. Both groups were asked to complete the same diagnostic task. The control group was given no further input, but the second group were primed positively with the offer of chocolate reward once the task was complete.

The group offered a reward completed the task 19% faster than control group and were more accurate. This study – and many others since – proved the link between feeling positive and being better able to creatively solve problems.

In another study in Toronto two groups were asked to watch a video as a test of neural connectivity – the links the brain makes. The group primed negatively performed much worse than the group primed positively, missing large portions of the information.

Tips to shift from negativity to positivity

It’s clear that happiness is crucial – for our own wellbeing, but also for our professional and personal success. But in an industry where we have to focus on the negatives, how can we protect ourselves and our colleagues from the spiral of mental ill-health that pervades?

There are some very practical things we can do as individuals to counter-act the effects of thinking negatively, and some other things that firms should consider introducing in order to better look after their people’s welfare – with the resulting increase in performance this will produce.

Happiness is the key to unlocking better performance. We need to shift our focus from trying to be successful and on to trying to be happy. Or as Richard Branson puts it: ’Happiness is not about doing, it’s about being. In order to be happy, you need to think consciously about it.’

Alison Herbert is a trained coach who specialises in coaching lawyers in happiness and success. A former lawyer of 25 years and founding partner of a niche personal injury practice, her work involves coaching lawyers on how to overcome the challenges they face in business