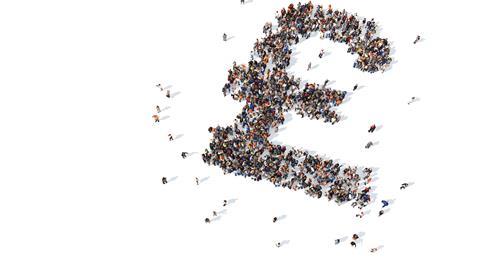 Is crowdfunding the next mis-selling scandal?

Narrowing legal aid coverage, a pervasive fear of retribution against those who criticise the state, declining standards in public life: these issues elevate the importance of crowdfunding, which puts into the hands of normal people a modest tool with which to try and keep government on the straight and narrow. 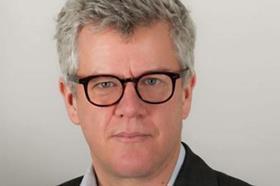 And many will welcome the rise of the activist lawyer who identifies deficiencies in regimes to protect the vulnerable and works to plug those holes. The lawyer – indeed a legal profession – that does not labour to turn rights into realities is but a servant to the interests of those with money. The work done by activist lawyers is often only possible with crowdfunding.

But although these functions are important they are not without regulatory and ethical challenges. Regulators – both those regulating lawyers and those protecting consumers – have been slow to react. Civil Procedure Rules have not always been sensitive to the incentives crowdfunding creates. And lawyers themselves struggle with the ethical challenges this world creates.

The life cycle of a piece of public interest litigation outside the legal aid net is as follows.

You start with a point you want to pursue. You take it to your lawyers who work it up into a pre-action letter. You send that letter to government and elicit the expected response. You issue a judicial review claim and wait to hear whether you have permission to bring those proceedings and whether an order can be made capping your liability to adverse costs. Then, all having gone well, there is a substantive hearing. Your costs – and the adverse costs risks – of the above are funded by crowdfunding.

The problems for lawyers can be grouped under the rubric of checks and balances. They stem from two problems – the lack of a client interest to act as counterweight to that of the lawyers, and the success of the exercise being contingent on a thriving crowdfunding page.

Marcus Ball’s private prosecution of Boris Johnson – branded ‘vexatious’ by the Administrative Court – raised more than £700,000. That huge sum of money funded but two short hearings: an application for a summons in Westminster Magistrates’ Court and an appeal by way of judicial review in which that summons was thrown out. The evidence in both cases was almost, if not entirely, within the public domain.

There is no suggestion of any impropriety. But these bare facts pose more general questions around what ethical conduct looks like for lawyers with clients unused to managing substantial legal budgets. Who interrogates whether a piece of work gives value for money? Or whether legal fees are on commercial terms? Who protects the interests of donors? Who keeps the lawyers honest?

There are also a number of ethical imponderables – and harmful incentives – arising from the inter-relationship between the normal progress of judicial review and the demands of crowdfunding. These demands can encourage promoters or lawyers to game the system in ways which cohere logically but do not reflect the ethical values most lawyers would wish to exhibit.

Very few crowdfunding pages that launch badly will hit their targets. Most that do hit their targets do so quickly. It is impossible to return money to donors (save for very large donations). This encourages you, if you are a crowdfunder, to over-raise at the outset which (certainly in litigation in which permission is needed) means you are, to a greater or lesser extent, telling people you will use their money for something you cannot know you will spend it on. But if you do not raise it now you may have to abandon the litigation later.

Pulling in the other direction is the way in which cost capping orders are fixed.

You are told by the Civil Procedure Rules to apply for an order as soon as possible. And courts often set costs-capping orders by reference to the early performance of a crowdfunding page. Without a costs-capping order most litigation cannot proceed, and if the sums are capped at a high amount you are likely to need a large total sum of money – sometimes impossibly large – if you are also to pay your own lawyers. This creates an incentive to hold back from pushing a page until after the quantum of a costs-capping order has been fixed – in other words to game the system.

There are also serious issues around content. In governance terms, the best crowdfunding pages are those where the legal arguments are properly sketched out in advance. In practice this is difficult because even a pre-action protocol letter is time consuming and costly to produce. How do you cover those costs without having the funds with which to meet them? There is an obvious incentive to asking for money early, before you have understood your own case.

Moreover, the pages that succeed are typically those which most closely align what are said to be their legal objectives with the policy ambitions of a particular audience. This creates a clear moral hazard around mis-selling litigation or over-promising on prospects. Again, who protects the interests of donors? Where is the hazard for promoters?

The reputational risk, superficially, lies with those who promote those pages, but promoters very often will not care about their reputation in the crowdfunding space. But the lawyers whose reputations are used to underwrite those pages should care – and so should their regulators.

I could continue. This piece only begins to touch upon the difficulties.

Standing back, the vast majority of the cases I see and the lawyers I work with wrestle diligently with these conflicts. But the incentives are all to ignore them. And we need help with resolving them – lest the wheels come off. If we are to protect the important tool that is crowdfunding, and the lawyers that use it, there is a need for careful regulatory intervention.