Is diversity on the bench still a distant dream?

Some years ago, before the Constitutional Reform Act 2005, I was a member of a Law Society committee considering judicial appointments. There was growing concern that leaving it to the lord chancellor without formal criteria or independent assessment was unfair and discriminatory. The evidence of this was the uniformity of social and educational background, gender and ethnic origin of those appointed – almost all were white Oxbridge male barristers. Former solicitor judges were almost unknown. The then lord chancellor had agreed to meet our committee to discuss the issue, but withdrew when an article appeared in the Gazette floating the possibility that the adverse impact of the system on women and minorities breached equality legislation. He did not like to be told he might be a lawbreaker. 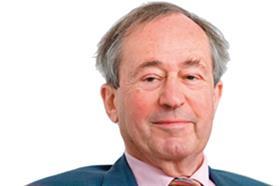 In 2020, the Ministry of Justice for the first time published a comprehensive statistical report combining data from the legal profession, the JAC, and the judiciary. Of 99 judges in the High Court, only 28 were women; three judges were of Asian heritage or of ‘other ethnic group’; and five were described as ‘non-barrister’, which must include solicitors.

At least half of the total population is female and the so-called BAME proportion is said to be about 14%. And there is no shortfall of female or ethnic minority or solicitor applicants.

In July 2021 an update of the MoJ report showed little change. Law Society president I. Stephanie Boyce commented: ‘This report has laid bare the need for urgent steps and we now need to determine what those steps should be… While we are encouraged by the slight increase in the percentage of women in the judiciary, we remain very concerned as to lower success rates in the judicial application process and the slower progress through the judiciary for black, Asian, and minority ethnic groups and for solicitors.’

Much has been done by the JAC to standardise the selection process by introducing uniform criteria, independent membership of selection panels, and similar tests and questions for all candidates, yet diversity in line with the whole population remains a distant hope. There is a growing sense among some ethnic minority applicants that they are not being fairly considered. Some have complained of unequal treatment even after they have been appointed.

Why? The main problem is that the old prejudices and assumptions have not been removed. Selection criteria are rigid and the traditional stereotype of the judge as a white male Oxbridge barrister, elevated to the bench after 25 years or so of advocacy in the higher courts, with a stint as a recorder and perhaps as a deputy High Court judge, has persisted. The attempts which have been made to establish objective criteria for appointment have continued to favour those who fit that image. They have not distinguished sufficiently between qualities which judges need to have and other skills and experiences which may enhance judicial performance but may not be found in practitioners at the bar. Managerial, financial, and communication skills and experience, for example, are more common among solicitors.

It is in part the success of the old system that has made it so difficult to replace. The best judges today are admirable exponents of their craft. They uphold high ethical and technical standards. There is little reason to criticise them personally. Yet they do not reflect the diversity of the legal profession, let alone of the population as a whole.

Why does diversity matter? There are two reasons. The first is that access to a respected, satisfying, secure, well-paid  and publicly funded livelihood should not be denied arbitrarily or limited by the imposition of irrelevant and discriminatory barriers. That is a sufficient reason in itself. But it is even more important that the judiciary and the judicial system enjoy the confidence of the whole nation. It will not have that if it appears remote and out of touch with the lives of those whose problems it has to address.

Both these reasons challenge the highly subjective notion of ‘merit’. Section 63(2) of the 2005 act says selection of judges ‘must be solely on merit’. The following sub-section says ‘a person must not be selected unless the selecting body is satisfied that he is of good character’. However, neither of these terms is defined. There is a concession to diversity. The Crime and Courts Act 2013 amended section 63 to allow the selecting body where two candidates are of equal merit to prefer one of them ‘for the purpose of increasing diversity’. This has been relied on in a few cases but its effect is marginal.

The JAC has tried to spell out what is meant by merit. It has identified intellectual capacity, legal knowledge, integrity, fairness, authority, communication skills, and efficiency. They are important or even essential in a judge, but assessing them is a subjective exercise.

The continued presence of unacknowledged and in many cases unrecognised assumptions about what a judge should be and should look like are too easily disguised. They favour the white male barrister.

Perhaps most important of these assumptions is the value of courtroom and particularly advocacy experience. Yet the judicial role is the very opposite of advocacy, which is necessarily partisan. Contrary to his or her former role, the ex-barrister judge has to avoid taking sides before hearing evidence and argument. That may not be easy.

How can diversity be fully achieved? One solution which has often been suggested is to fix quotas for each relevant group. Where a group is clearly defined and the apparently arbitrary exclusion of its members is evident, the imposition of a quota may be a last resort, but it cannot easily be reconciled with a test based on merit. A better approach may be twofold. The first stage would be the exclusion of applicants who do not fulfil the basic requirements of legal training and experience. These requirements must be carefully framed in terms which deny the intrusion of discriminatory stereotypes. Those who surmount the first hurdle demonstrate their potential. They should then undergo a judicial training course, success in which will determine final selection. The Judicial College is already there to provide that training. The current system provides training only for those already appointed, by which time it is too late to repair any deficiency in the selection process.

A change like this would take us closer to the development of a separate judicial profession which has become the norm in many other parts of the world. It would take time to implement. In the short term, however, there is an urgent need to review and give better training to the selection panels, particularly in the work of solicitors. Panel members need to understand and discard the biases in the system. Otherwise, our society will suffer by the loss of yet another generation of solicitor and minority ethnic judges.

Sir Geoffrey Bindman QC is a senior consultant at Bindmans