New offence is no silver bullet 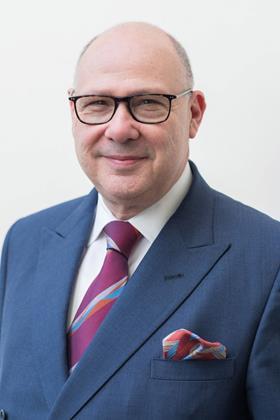 More particularly, she seeks the introduction of a new corporate criminal offence for ‘failing to prevent economic crime’, to run alongside parts of the Bribery Act 2010 and Criminal Finances Act 2017. In October 2020, in a speech to the Royal United Services Institute, Osofsky said that the introduction of a new offence topped her list of law reform, to hold companies to account for fraudulent conduct. The Law Commission is now seeking views on whether such an offence should be enacted.

If a new corporate offence is created, it will significantly increase the circumstances in which a company can be convicted of a criminal offence. In this regard, there is no doubt that the present rules of corporate attribution restrict the imposition of corporate responsibility for criminal conduct committed in a company’s name, as the recent failure to successfully prosecute Barclays Bank over the involvement of its senior employees in the Qatar matter demonstrates. By expanding the scope for corporate convictions, more DPAs, like with Amec Foster Wheeler Energy, will follow.

But Osofsky should not be under any illusion. The enactment of this new offence will not solve the SFO’s problems. It is no silver bullet.

The new offence would add nothing new to the SFO’s ability to hold individuals liable for serious/complex fraud, or corruption. It would focus attention on the responsibility of a company to prevent fraud, but would not increase the conviction rate for those involved. A new offence may serve to reduce the incidence of corporate fraud (a worthy objective in itself) but would not prevent fraud or corruption in the most egregious cases which the SFO was set up to investigate and prosecute.

Serious fraud or corruption is often committed by dominant individuals with scant regard for the rules standing in their way. If this is true for rules imposed by authorities such as the Financial Conduct Authority, how much more so will this be true for the non-observance of internal procedures directed at the prevention of fraud or corruption? It is worth remembering that individuals who commit fraud are acting dishonestly, with the intention of gaining financial advantage by breaking the rules. A beautifully crafted set of rules evidencing a corporate attempt to implement adequate procedures to prevent fraud will not stand in their way.

It is individuals who commit fraud. Unless the SFO improves its ability to hold individuals to account, the intense scrutiny and criticism of the SFO will continue.

Concern over the acquittals of individuals in cases where their employer companies had entered into a DPA demonstrates the point. Corporate convictions have yielded a sound financial return for the exchequer, but the responsibility of individuals has been left hanging in the air. In cases where individuals have been acquitted, questions arise as to whether they should have been prosecuted in the first place.

For a corporate offence, the role of individuals necessarily hovers in the background. Although the legal personhood and personality of a company have long been recognised, a company’s acts are determined by its officers and employees. If a company fails to take adequate measures to prevent fraud/corruption, a corporate offence may be committed, but ultimately the fault lies with individuals. The failure here is not necessarily committed by a fraudster, but by the company officers and employees responsible for putting measures in place. The corporate offence enables these individuals to sidestep direct responsibility for their failure.

There are many reasons why cases brought by the SFO against individual defendants fail. The task of prosecuting serious fraud and corruption is challenging, and there are cases below the public radar where the SFO has been much more successful than commonly thought. In the last four years, the SFO reports a conviction rate of 62% in respect of all defendants who were prosecuted. The fact that there are some acquittals demonstrates that the criminal justice system works. Moreover, the model for investigating and prosecuting serious fraud or corruption cases promoted by the Roskill Report on fraud trials in 1986, which involves close collaboration between financial investigators, forensic experts, and lawyers, is a good one, and in the past 35 years since the SFO’s establishment, important lessons have been learnt. Recent experience suggests there is still more to be learnt.

The trial of former Serco executives collapsed because of a failure to disclose documents. The outcome has been described as ‘a disaster for the SFO’. There have been other failed prosecutions of individual defendants such as with Sarclad, Tesco, Güralp Systems Ltd, and Barclays Bank. These failures have led to one experienced member of the legal profession questioning Osofsky’s ability to lead the SFO.

And so, we see that the enactment of a new corporate criminal offence of ‘failing to prevent economic crime’ will certainly not serve as a silver bullet for the SFO. Indeed, there is a danger that the attention afforded to the discussion about expanded corporate criminal liability and the role of DPAs serves to distract from the main purpose of the SFO, which is to effectively investigate and prosecute individuals who are guilty of serious or complex fraud, or corruption.

Jonathan Fisher QC is in practice as a dual-capacity barrister at Bright Line Law and Red Lion Chambers, and a visiting professor in practice at the LSE