One-way ticket to an uncertain destination

Does it matter how you get to where you want to go? The thinking behind the Solicitors Regulation Authority ‘reboot’ of the qualification regime is that it does not – the ability to pass parts 1 and 2 of the Solicitors Qualifying Examination (SQE) is all.

Some supporters of SQE also hope the ‘super-exam’ will help level the playing field for aspiring lawyers – for example by neutralising the advantage conferred by studying at Oxbridge and at a financially demanding elite law school. No one in the future would be labelled as having ‘gone the apprenticeship route’, or be troubled with proving ‘equivalent means’ as apparently second-best journeys to qualification. From a likely ‘live’ date in 2020, everyone will simply be ‘SQE-sters’.

It was never going to be that simple, though. There are fears that the SQE could actually harm access – the lack of a mandated route or formal guidance leaving aspiring lawyers vulnerable to making poor, unreliable choices. The ‘rigour’ of multiple-choice questions remains a bone of contention. And law schools have voiced concern about the time allowed for redesigning courses. 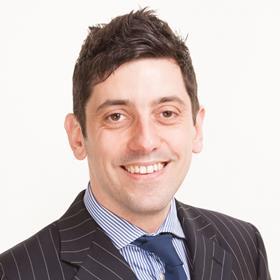 East has been a solicitor for 15 years and is associate head of law at Coventry University and Senior Fellow of the Higher Education Academy. Previously he managed a criminal defence firm and was a Senior Crown Prosecutor at the Crown Prosecution Service. Alan is also a Law Society council member, representing solicitors in Coventry and Warwickshire, and a member of the Law Society’s membership and communications committee.

East said his passion for education and learning saw him move from a high-street practice into higher education and professional education. His specialist area is clinical legal education and he is behind the vision of Coventry University Law School’s ‘partnerships in clinical legal education’ which sees the law school working with Central England Law Centre. He has been instrumental in developing international links and working with partners in South Africa and Australia. His most recent project has been setting up an advocacy programme which sees law students representing appellants in the social entitlement tribunal of HMCTS.

‘I am honoured to be taking over as Chair of the Education and Training Committee at an important time for education of solicitors in England and Wales,’ East said. ‘The Law Society has a diverse committee with academics and practising solicitors and I look forward to working with them to ensure we promote and support the profession.’

For more information on the committee and its work, contact Alan East direct at aa9910@coventry.ac.uk

So what do the experts think?

The idea of a single exam has not, of itself, met with wide opposition. The Law Society’s Junior Lawyers Division (JLD), which has arguably the greatest moral authority to speak on SQE, says: ‘Essentially, the JLD is in favour of a standard assessment to be passed by all seeking qualification as a solicitor.’

Yet many of the JLD’s concerns remain unaddressed. As chair Adele Edwin-Lamerton explains: ‘We do not agree with the lack of specified pathways to qualification.’

The financial implications of the change for junior lawyers are central to Edwin-Lamerton and the JLD’s doubts. She is ‘very concerned about the cost of the SQE assessment and the preparatory course’, adding: ‘We do not feel that just because the SRA has not specified that a preparatory course is mandatory, that this will prevent students (and firms) seeking a programme of study to assist them in passing the assessment, leaving those unable to afford a course at a disadvantage.’

The JLD points out that not all universities will incorporate SQE part 1 preparation in their undergraduate LLB programme, meaning that for many there will be an additional cost. ‘Furthermore,’ Edwin-Lamerton says, ‘the non-mandatory nature of preparatory courses will mean it is not possible to obtain a professional studies or career development loan to cover the cost, leaving many unable to fund it.’

The SRA is pressing ahead, meanwhile. It recently announced the appointment of education and professional training company Kaplan as the winner of a tender to run the new exam.

The company, which has a track record in professional services, will not prepare SQE candidates. But the appointment, Edwin-Lamerton notes, still leaves key questions unanswered: ‘Our concern is not abated by the appointment of Kaplan since information on cost is still not forthcoming.’ And while the exam format is not dictated by Kaplan, ‘we are not persuaded that the use of multiple choice questions offers a rigorous means of assessment’.

How are teaching institutions responding? Inadequately, in many cases, according to professor Nigel Savage, who led the College of Law (later the University of Law) from 1998 to 2014. ‘There seems to be very little new thinking,’ Savage tells the Gazette, ‘with providers still peddling versions of the GDL and LPC and very tired LLB programmes that are already 30 years out of date’.

SQE, Savage stresses, could be a chance to do many things better: ‘All law schools and firms have a unique opportunity to reshape the process of legal education to the point of admission.

‘They should be remodelling the system by using the flexibility that the SRA has created to prepare young people for all the challenges that they need to confront, as well as… SQE.’

Pearson Business School vice-principal Ben Hughes is alive to this shift: ‘The aims of the SRA in shaking things up so dramatically should be applauded. Many in the sector are planning new courses to prepare students for the rigours of SQE 1 and 2. This poses a challenge in blending academic and practical courses which have long been distinct.’

Pearson, Hughes hopes, is well positioned for the transition, with an MLaw in Professional Legal Practice that combines the academic content of the LLB with the practical training necessary to secure exemption from the LPC.

Yet he sounds a cautionary note: ‘Spare a thought for the students. If they want to be a solicitor, should they bite the expensive legal bullet or hold fire for a couple of years until the legal SQE eagle has landed? And what should they do if, like many school-leavers, they have not yet decided which of the august legal professions they would like to join?’

The result, he concludes, is that a ‘well-intentioned set of reforms designed to widen access and reduce unnecessary spend on training may force people to make choices before they have the information that they need to make an informed decision’.

Nottingham Law School has been closely attuned to the consultation process and sees ‘unique opportunities’ in the reforms, says head of department Matthew Homewood. Nottingham, like everyone else, is waiting for more information on expected costs, the number and timing of assessments, and sample questions indicating the breadth and depth of subject areas.

Homewood adds that the draft assessment specification produced by the SRA makes it challenging to fully design and cost courses. Given the initial statement that the assessment organisation would be appointed in early 2018, he adds, the delay in the announcement will surely impact on the SRA’s planned implementation. The planned period of pre-implementation development, he says, ‘will no doubt answer a number of these important questions but time is clearly ticking if the new regime is to be introduced in September 2020’.

To meet JLD concerns over course finance, lenders should also hear the clock ticking and act. As Chris Marston, former professional services head at Lloyds and now CEO of LawNet, notes: ‘In those banks which have set up specialist teams for the sector, there will be an understanding of the changes that are taking place. But those individuals, usually to be found in the commercial banking space, may face the challenge of informing and updating their personal banking colleagues. These loans are made available to individuals rather than firms, [and personal banking] offerings tend to be “productised” and in this instance may well be… linked to an established or mandatory course.’

The new form of assessment will involve candidates taking two stages of the new ‘super-exam’, SQE1 and SQE2.

Candidates will have to undertake a minimum of two years of legal work experience, which cannot comprise any more than four separate placements within that period.