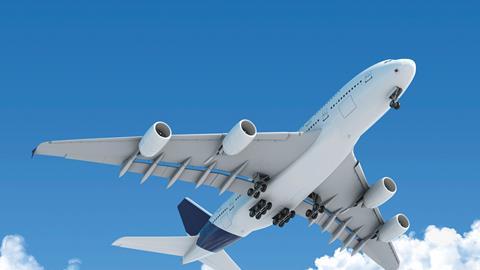 The Online Dispute Resolution Advisory Group, established by the Civil Justice Council, advocates the shift of all small claims up to £25,000 to an online court (HMOC). The group said that we should ‘be prepared to rethink the way in which society handles civil disputes and problems’.

The remit of the CJC is, of course, the court system. But the proposals might have adopted a more imaginary and realistic vision if the advisory group’s remit had permitted a wider view of the dispute resolution landscape.

The underlying problem remains that the court process is too expensive for many disputes. In line with much of the thinking previously published by the group’s chair, Professor Richard Susskind, its proposals are based on using online technology to replace lawyers and speed up processes. Many existing ombudsmen and online dispute resolution (ODR) systems provide speedy and effective alternative dispute resolution (ADR). The advisory group suggests that HMOC should have three tiers: online evaluation (advice); online facilitation (mediation), and online judges (managing and deciding cases).

There is no doubt that technology can have a major impact on legal advice and dispute resolution. However, in the first tier (evaluation and advice), while written online information is helpful for some people, and must be provided, the experience of business complaints-handlers and ombudsmen is that there is an overwhelming demand for people to talk to experts about their problems. Indeed, a major aspect of the service delivered by all ombudsmen is to provide oral assistance to consumers.

For example, the Financial Ombudsman Service receives around 2.4 million contacts annually, which turn into around 500,000 disputes. The other UK ombudsmen for communications, energy, lawyers, pensions, furniture (and those in other countries) report the same sort of ratio, as do other ADR schemes. For example, the Association of British Travel Agents received 19,000 requests for advice from consumers in 2014 and handled 7,500 enquiries on legal, code of conduct and similar matters. For all these systems, the initial advice function is critical in triaging problems. It might be that a consumer has misunderstood the supplier’s terms and conditions, or that a citizen is unclear about benefit entitlements.

The human element of advice cannot be replaced. The traditional model relied on lawyers, but modern approaches rely on Citizens Advice and ombudsmen.

But cost proportionality is not the only barrier to access to justice. Accessibility, user-friendliness, trust and relative cost are also factors. These considerations raise questions about whether a court-based ODR system will succeed.

It is already established that consumers who have disputes with traders are more attracted to ombudsmen than to courts or regulatory complaint functions. Ombudsmen are also efficient because they deliver more functions than just dispute resolution. First, ombudsmen provide extensive advice to consumers (usually at no cost to the consumer) and, second, provide aggregated data on market trading issues that can trigger responses by consumers (for example, switching or avoiding suppliers), competitors or regulators (following up illegality).

In other words, ombudsmen form part of the regulatory system and can save expenditure by regulators (as well as on courts). An example is the current switch by the Civil Aviation Authority of its passenger complaints function to an external ADR system funded by airlines.

The ADR and ombudsman system is about to undergo significant expansion as a result of the need to implement the EU consumer ADR directive. This will significantly shift all consumer-trader (C2B) disputes towards an expanded national ombudsman system, largely funded by business. Similar expansion of citizens’ complaints over public services was recommended by the Public Administration Select Committee in 2014.

So how much would HMOC be used? And is it worth the investment? Numbers in the current small claims system have shrunk from 60,000 in 2001 to a mere 25,000 today. That usage is dwarfed by the 500,000 disputes processed in 2014 in the ombudsmen system, which have continued to rise for some years. To that should be added unknown numbers in other ADR systems.

What types of claim exist in the £25,000 figure – and if the small claims jurisdiction were raised from £10,000 to the proposed £25,000? The limit is £1,000 for personal injury claims, but proposals will shortly be forthcoming that personal injury claims should be processed in a new compensation scheme architecture, as is done very successfully in other countries, especially the Nordic states and France in place of clinical negligence litigation. A major advantage of such a scheme would support the NHS’s desired culture of candour, by removing blame from compensation for personal injuries.

What claims would be left? How many small business debt cases exist outside the Money Claim Online portal? What other types of claims remain, and would they be better served by a new customised structure rather than a state-funded HMOC structure designed for all types of dispute? Do the claim types that remain justify the advisory group’s criteria for a pilot that it should involve high volumes of the chosen type of case, or large volumes of a type of problem that is not currently being resolved? Indeed, what evidence has identified cases in the latter category?

The advisory group accepted that it is ‘not possible to articulate a fully articulated business case for HMOC’. Indeed, various important questions arise. Who would pay for the tier one advice service? If the private sector already funds this for C2B claims, should public funds duplicate that? Is the public investment in HMOC justified if major categories of disputes can be handled by other pathways, especially if those other pathways are more attractive to users, cheaper and quicker, and deliver extra functions?

If a wider view is taken of the dispute resolution landscape, not just of the court landscape, a different vision emerges of how to use technology and how to revise the landscape. Ombudsman-type structures can deliver more functions than dispute resolution, by encompassing advice and regulatory aspects.

They can be funded privately, saving state expenditure. What we need to do is to look more widely for how to use technology in new architectures. If we take a wider view, issues start to arise over the need for, and cost of, an HMOC. Too many issues?