By Gregory Treverton-Jones QC6 May 2019

Curing a conflict of interest

The situation is a familiar one. A solicitor makes a mistake, reports to its professional indemnity insurer and then has to decide what to do next. Often the mistake will be capable of remedy, and instead of the client being sent to new solicitors, the mistake is rectified at the solicitor’s expense and the solicitor/client relationship continues.

It is difficult to see what real objection there can be to such a course, provided that the client is put fully in the picture and has a free choice as to what to do. This sort of solution has been adopted for decades with no discernible damage to the profession’s reputation. Yet a recent decision of the Solicitors Disciplinary Tribunal (Howell Jones LLP 11846-2018) suggests that such a solution can no longer be adopted and the client must, come what may, be sent to a new firm. I have serious doubts as to the correctness of the decision and serious concerns as to its potential implications.

Let us turn first to the facts, which are taken from the statement of agreed facts drafted by the parties. Howell Jones acted for a husband (A) in divorce etc proceedings, and on the firm’s advice client A settled the financial aspects of the divorce. Client A complained about the settlement and the firm took advice from counsel who opined that the settlement was unfair to A, could be set aside at a forthcoming hearing and that the firm now had a clear conflict of interest.

The firm notified its professional indemnity insurers and suggested two alternatives to those insurers: either to stop acting and advise client A to take independent legal advice, or to admit to A that he had received poor advice, explain that he was entitled to seek independent legal advice, but to propose that the firm continue to act for him on the basis that the firm would seek to overturn the settlement at its own expense. The firm’s insurers agreed the second course (which required their consent).

The firm wrote a candid letter to the client admitting and apologising for its mistake, stating that A could sue Howell Jones if he wished, and suggesting the two options set out above. The firm made clear that it would refund or credit all fees incurred by him to date (at that stage, £6,238), would not charge him anything for the attempt to set aside the settlement, and would indemnify him against any adverse costs if the attempt to set aside the settlement failed. Client A was delighted with this suggestion and provided fulsome thanks to the firm.

Mrs A’s solicitors (who were presumably rather less delighted at this attempt to unscramble a settlement which was favourable to their client) asserted that Howell Jones had an own-interest conflict. The firm therefore took advice from counsel, who advised that she did not consider that there was an own-interest conflict: senior management in the firm had also concluded that any conflict of interest had been eliminated by the agreed course of action summarised above.

Sadly, the set-aside hearing did not go according to plan. The deputy district judge dismissed the application to set aside the settlement, and awarded costs against client A to be assessed on the indemnity basis. The DDJ saw the advice by the firm that it had been at fault, and obviously disagreed with it. In due course the adverse costs were agreed at £35,000, and paid by the firm. Client A became disaffected and complained both to the firm and to the Legal Ombudsman, which awarded him £50,000. This was paid by the firm, which by now must have been more than £100,000 out of pocket (its own fees written off; presumably counsel’s fees paid by the firm; £35,000 adverse costs; and £50,000 ordered by the LeO).

One might be forgiven for thinking that, by now, enough was enough. But this would be to reckon without the involvement of the Solicitors Regulation Authority, which then investigated the matter and hauled the firm before the SDT. The firm admitted that it acted for client A in circumstances where there was an own-interest conflict.

The matter was in due course dealt with by way of an agreed outcome under which the firm agreed to pay a £5,000 fine and costs to the SRA of £26,850, meaning that the overall cost to the firm and/or its insurers of having behaved honestly and honourably throughout must have been around £150,000.

In its judgment approving the agreed outcome, the SDT stated: ‘The firm’s misconduct was clearly moderately serious in that any situation in which a firm acted where there was an own client [sic] conflict was not a minor matter. The tribunal noted that the firm had not lacked integrity and had indeed taken a number of steps to try to resolve the matter to client A’s satisfaction. However it had not ceased acting when it should have done and this was fairly described as an error of judgement.’ 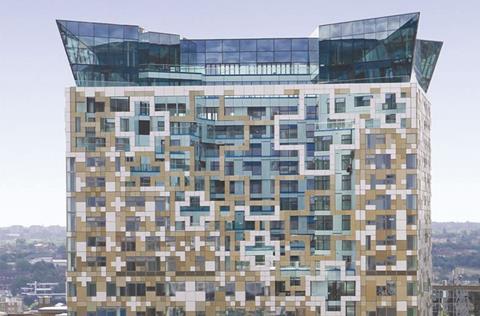 SRA: imbalance of power between the regulator and respondent solicitors

I am frankly left speechless at more or less every stage of this story. It is worth pondering for a moment what would have happened had Howell Jones acted as the SRA and the SDT seem to think it should have:

The overall result for the client would have been disastrous: he would have had to pay the new firm’s fees together with the adverse costs incurred by Mrs A, and would have discovered that he had no claim for negligence against Howell Jones after all. He would have been infinitely worse off than he was as a result of the firm’s generous and honourable behaviour in admitting (wrongly as it turns out) that it had made a mistake, and in underwriting the cost of the set-aside application. Yet none of this appears to have been taken on board by the SRA or the SDT.

I understand that the arrangement entered into by the firm in this case is in fact a familiar one (as I was aware from my own practice over several decades). If solicitors identify an error and have a good relationship with the client, then the most cost-effective and efficient way to rectify the error is for the solicitors to put things right, if they can, at their own expense. Both the solicitors and the client are often reluctant to send the client off to take independent legal advice and drag matters out, when there is agreement on a way forward and the solicitors have conceded that they have made an error. This seems to me to be an eminently sensible way for a members of a regulated profession to behave.

I am also concerned that the decision of the tribunal is contrary to authority. In Connolly v Law Society [2007] EWHC 1175 (Admin) at [62], Stanley Burnton J stated: ‘I accept that generally the honest and genuine decision of a solicitor on a question of professional judgement does not give rise to a disciplinary offence. But that does not mean that for a solicitor to act where there is a significant risk of a conflict of interest cannot be a disciplinary offence. If a solicitor does not honestly and genuinely address the issue, he may be guilty of an offence. And if his decision is one that no reasonably competent solicitor could have made, it may be inferred that he did not (or could not) properly address the issue.’

In this case Howell Jones did honestly and genuinely address the issue; the firm took advice from counsel and made its own independent assessment at a senior level; and I do not for one moment accept that no reasonably competent solicitor could have concluded that there was no conflict. I would myself have advised that the conflict had been cured had I been asked to advise at the relevant time.

For all of these reasons, I am far from convinced that the decision of the SDT is correct in law. Before the introduction of the Code of Conduct in 2007, it was the regular practice of the SRA to charge ‘conduct unbefitting’ against solicitors who were taken to the SDT. Nowadays the regulator tends to allege breaches of Principles and Outcomes. That has the unfortunate effect, sometimes, of obscuring the wood for the trees. It may be comparatively easy to identify a breach of a specific rule, but the crucial question in the disciplinary context is whether that breach is sufficiently serious to amount to professional misconduct. If that latter question had been asked before the SRA decided to prosecute the firm, it may well be that the SRA might have chosen not to prosecute.

The result of this case has thrown into doubt a longstanding practice which I consider to have been absolutely in the public interest and in the interest of the reputation of the profession. Yes, there was an own-interest conflict when the solicitors realised their mistake, but that conflict was cured when they lighted upon the solution to put matters right at their own expense, while giving the client the option of taking independent legal advice if he wished to do so.

Solicitors and insurers in the position in which Howell Jones found itself now appear to have no choice. To avoid the attentions of the regulator, they must advise the client to take independent legal advice. This is a backward step and I hope that those in the upper reaches of the SRA will reflect upon whether this really is what is required of responsible solicitors.

The case also raises other issues of concern. I cannot know what advice was given to the firm in this case, but the simple fact is that solicitors will usually be better off commercially if they make an admission as early as possible, and then pay the fine and get on with their lives. The costs rules in the SDT are such that successful respondents are hardly ever awarded costs, even if they defeat all of the allegations raised against them. So in the less serious cases, where the outcome will be a financial penalty, the solicitor will face huge commercial pressure to make admissions that are acceptable to the regulator. The imbalance of power between the SRA and respondent solicitors in this respect is to my mind unacceptable. And I am no great fan of agreed outcomes, by which the SRA and the respondent agree the outcome of the disciplinary proceedings between them, and then ask the tribunal to approve it. It is all too easy for a wrong decision to slip through the net, as I believe happened here.

The immediate problem raised by the decision is identified above – the SRA does not seem to consider that an own-interest conflict can be cured by the sort of pragmatic solution that has been in place for decades. If that really is the SRA’s belief, so be it. But the only winners will be professional negligence lawyers, and the principal loser will be the reputation of the profession. Some reconsideration by, and guidance from, the SRA would be welcome.

Gregory Treverton-Jones QC of 39 Essex Chambers is co-author of successive editions of The Solicitor’s Handbook (2008-2019), co-author of Disciplinary and Regulatory Proceedings (9th edition, 2017) and an editor of Cordery on Legal Services