Jessica Parker discusses the reasons behind disclosure failures in criminal proceedings in light of the Liam Allan case.

The collapse of the Liam Allan rape case is the latest example of a prosecution collapsing due to disclosure failures. In this case, police officers either did not see, or did not appreciate the significance of text messages from the complainant that undermined her evidence and were therefore exculpatory. They were withheld until viewed by the barrister briefed to prosecute Mr Allan. Having read them, this barrister halted the prosecution.

The prosecution’s duty to disclose unused material, as required by the Criminal Procedure and Investigations Act 1996 (CPIA), has been a constant subject of review and attempted reform. In September 2011, Gross LJ published a Review of Disclosure in Criminal Proceedings, the conclusions of which led to the publication of a new Attorney General’s Guidelines and a new Judicial Protocol on Disclosure in 2013. Despite the comprehensive guidance available, HM Inspectorate of Constabulary reported in July this year that in a fifth of cases the schedule prepared by investigating officers, recording what material they had collected in the investigation, was inadequate. This schedule should be reviewed by the prosecutor bringing the case to court, but in over 50% of cases the schedules are simply endorsed with no reasons given, suggesting little or no attempt at scrutiny.

Many, if not all, criminal defence practitioners will have similar stories – some more egregious than others – of an oversight or decision which led to material being withheld, which may have helped the defendant be acquitted. These problems present themselves at every phase of the investigation and prosecution.

The process of determining what material should be seen by the defence starts at the investigative stage. While the prosecutor is responsible for providing disclosure to the defence at trial, they take their decisions based on what they know of the material collected by the investigator throughout the course of the investigation. The Code of Practice, which accompanies the statute, requires an investigator to pursue lines pointing away from or towards the suspect. Material will only be collected by an investigator if he or she looks for it; if lines of enquiry are not pursued, there is nothing to disclose.

The second phase of the process is that material collected is scheduled by the investigator. In practice, this is on the standard form known as the MG6C. It is common practice that this schedule is shared by the prosecutor with the defence at the same time as material that falls to be disclosed. These are the schedules which are the subject of HM Inspectorate of Constabulary’s criticism, referred to above. A rushed investigator may not spend enough time describing items on a schedule, the typical example of the type of description which could be given is ‘file of papers’. It is not possible for anyone reading that description to understand whether it is likely to assist the defence.

Electronic data is a key issue, and one highly relevant to the Allan case. Almost every suspect in a criminal investigation has one or more phones or other electronic device, as do many important witnesses (including complainants in rape cases). Each device may contain thousands of critical messages, emails, photos and geographic data. There does not appear to be consistent technology or procedures to interrogate phone data. The phones must be forensically imaged before inspection, in order to avoid any of the data thereon being altered by the reviewing officer. There are continual delays in this imaging process. In cases where electronic devices are seized, suspects are told that the images will be available for the investigator to review from either a few weeks or up to six or more months. This is as unwelcome to the investigator as it is the suspect.

In order to avoid these problems, there is a concerning trend for phones and other electronic devices not to be retained by the police, both in the case of suspects but also of crucial witnesses and complainants. The opportunity to test an account or version of events by reference to the contents of the device are therefore lost and, in some cases, the disclosure process fails to be fair to the defence at the first phase.

Where an electronic device is seized, the 2011 Supplementary Guidelines on Digitally Stored Material suggest how the task of meaningfully scheduling its contents should be managed. Because of the impossibility of scheduling every meaningful item of data, the second and third phases of disclosure review are elided and a strategy is needed by which the useful data can be located, reviewed and shared. The Supplementary Guidelines propose, by way of example, that an investigator could use search terms, which should then be shared with the suspect. In practice, this guidance is inconsistently applied and there is no uniformity between police areas and investigative agencies.

The Court of Appeal examined the issue of electronic disclosure in the HMRC case of R v R [2015] EWCA. In this case, 77 electronic devices were seized, resulting in the retention of seven terabytes (approximately 600 million pages) of data. There was no prospect that their contents could ever reasonably be reviewed and the defence and prosecution had spent the best part of four years grappling with the most appropriate way to achieve fair disclosure before the case was stayed by the trial judge in 2015. The Court of Appeal, constituted by Leveson P, Gross and Fulford LJ, delivered a Practice Note judgment in which Leveson P surveyed the plethora of guidance and case law on the issue and drew the following conclusions:

The essence of the conclusions drawn by the court was that there cannot be a ‘one-size-fits-all’ method of approaching the disclosure task in each case. The special challenge of ensuring the system of disclosure is fair and proportionate when liberty is at stake cannot be underestimated and different types of case and different types of data will require differing methods of interrogation, review and dissemination. ‘The application of these principles will keep the case within the statutory scheme, hold the parties to their duties thereunder and ensure that the proceedings are dealt with fairly, efficiently and expeditiously, in accordance with the overriding objective enshrined in the rules.’ Per Leveson P R v R 1883, Para 51. 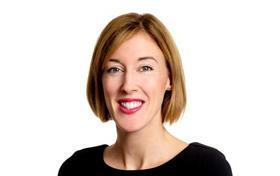 If the system is to remain flexible and not prescriptive, its success or failure rests on the integrity of those within it. In this context, the Allan case in which the disclosure flaws were uncovered by prosecuting counsel, a member of the independent bar, serves as a reminder of the importance of independence. Despite the institutional independence of the CPS from the police, in some cases that independence is undermined by the adoption by the prosecutor of the case strategy which was adopted by the investigator at the outset of an investigation. In addition, the type of delays caused by the disclosure process in the case of R v R described above are just some of the hurdles that investigators and prosecutors inevitably perceive when considering their task. There is a risk, borne out by HM Inspectorate of Constabulary’s recent review and the present case, that if disclosure is not approached with sufficient rigour or fresh eyes, miscarriages of justice, such as that which Mr Allan narrowly avoided, may come to pass.