The sins of the fathers

HM Revenue & Customs has woken up to the money to be raised from investigating inheritance tax (IHT) accounts. In recent years, it has opened an average of 5,500 IHT investigations annually, indicating that, as 22,000 estates were charged to IHT in 2018/19, about a quarter of all chargeable occasions are subject to active investigation. 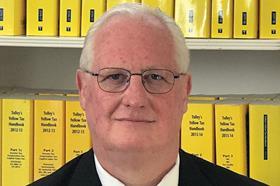 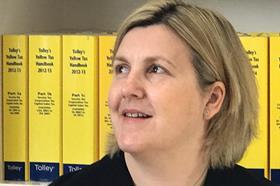 Under section 216 of the Inheritance Tax Act 1984 (IHTA 1984), personal representatives and various other persons who are liable to IHT and, in certain circumstances, various legatees, devisees and beneficiaries of testamentary settlements, have a duty to deliver an account to HMRC. In respect of IHT, HMRC can make informal requests for information under its general powers and issue notices under schedule 36 to the Finance Act 2008 requiring the provision of information, but there is no specific statutory procedure for enquiry, such as that under the self-assessment system.

HMRC may only take proceedings for recovery of IHT where either the amount has been agreed in writing with the taxpayer, or HMRC has issued a notice of determination under section 221 of the IHTA 1984 which it may issue ‘where it appears to the board that a transfer of value has been made or where a claim under this act is made to the board in connection with a transfer of value’.Such a notice may specify various matters, including the date and amount of the transfer, the identity of the transferor and the tax chargeable.

Are there any limitations of time on HMRC’s power to determine that IHT is chargeable, to collect IHT or to require the provision of information in order to determine whether IHT has become chargeable? There is no time limit on HMRC’s power to issue a notice of determination. Time limits do operate on HMRC’s power to recover tax. Where tax attributable to the value of any property is paid under an account duly delivered to the Board and the payment has been made and accepted in satisfaction of the tax, proceedings to recover any additional tax may only be commenced within:

a. 20 years after delivery of the account in respect of a case involving a loss of tax brought about deliberately by a person liable for the tax (another 20-year period may apply in cases concerning the General Anti-Abuse Rule);

b. six years after delivery of the account where the loss of tax is brought about carelessly but not deliberately; and

c. four years where the loss of tax has been brought about otherwise.

Where no account has been delivered, or the property by reference to which tax is chargeable has been omitted from an account, there is no limitation period where the loss of tax has been brought about deliberately and it is 20 years otherwise.

Information notices under schedule 36 to the Finance Act 2008 may only be issued where ‘the information or document is reasonably required by the officer for the purpose of checking the taxpayer’s tax position’. If, therefore, the notice relates to an event more than 20 years ago in respect of property of which an account had been delivered, it will be invalid. If, however, it relates to an event which has not been the subject of an account or to property which has not been included in an account, a valid notice could be issued if the omission were deliberate.

Under section 237, where any IHT, or interest thereon, is payable but is unpaid, a charge in favour of HMRC, called an ‘Inland Revenue Charge’, for the amount unpaid is imposed on any property to the value of which the value transferred is wholly or partly attributable and, where the chargeable event arises on certain transactions in settled property, on any property comprised in the settlement concerned. Where the chargeable event is a death, personal or movable property situated in the UK which was beneficially owned by the deceased immediately before his death and vests in his personal representatives is not subject to the charge (section 237(3)).

Summarising loosely, where the property is subsequently sold, the purchaser takes the property free of the charge which is transferred to the proceeds of sale.

The absence of comprehensive limitation provisions coupled with the provisions imposing the Inland Revenue Charge can result in a liability emerging after decades and being charged on assets, the owners of which have been previously unaware of the liability. Consider the following example.

In 1993 Jeremy settled a house (Hardluck House) and farmland on discretionary trusts. The land qualified for 100% agriculture property relief (APR) but Hardluck House did not. Jeremy was aware of that but chose to regard it as if it did. Thinking, erroneously, that if all the property settled were wholly exempt he would have no duty to submit an account, he did not do so, with the result that he failed to account for IHT chargeable on the transfer into the settlement. In 2002, the trustees exercised a power to advance the trust property to Jeremy’s daughter, Honoria, at which point the trustees claimed APR on the farmland but not on Hardluck House as was correct. The farmland was sold and Honoria gave Hardluck House to her son, Edward, who lived in it until 2010 when he sold it and purchased a rental property (Tenanted House).

In 2017, many years after Jeremy’s death, HMRC issued a notice of determination in respect of the settlement of Hardluck House in 1993 on the basis that the loss of tax due to Jeremy’s failure to submit an account was caused deliberately, so that there was no limitation on HMRC’s power to recover the IHT chargeable on the settlement.

Under section 237, until Hardluck House was sold in 2010, it had been subject to the Inland Revenue Charge. On the sale, that charge transferred to the sale proceeds and, when these were applied by Edward in acquiring Tenanted House, transferred again to that property. To Edward’s horror, in 2018, a quarter of a century after the settlement, HMRC began proceedings to enforce the charge and to collect, with interest, the unpaid IHT.

Simon and Sharon McKie are partners at taxation consultancy firm McKie & Co (Advisory Services) LLP. They are the joint authors of Tolley’s Estate Planning and McKie on Statutory Residence