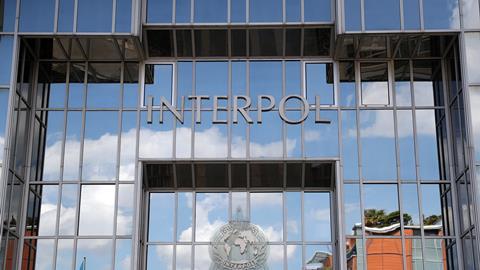 The promise of ‘further safeguards’ is shorthand for addressing concerns that the EAW provides insufficient protection against extradition to countries with inferior judicial standards to the UK, but that we are obliged to treat as equivalent thanks to the concept of ‘mutual recognition’ enforced by the European Court of Justice. Released from this ‘sham’ (to quote Dominic Raab), the UK would be able to apply its own yardstick and some countries may not measure up.

However, as the clock runs down on Brexit negotiations, there are no such arrangements on the table, much to the consternation of the law enforcement community. The government’s stop-gap solution is the Extradition (Provisional Arrest) Act 2020 that received royal assent on 22 October.

It introduces a new power of arrest for the purpose of extradition, without the need for a domestic warrant, provided the request comes from a shortlist of what home secretary Priti Patel has described as ‘trusted countries’, in whose criminal justice systems we have a high degree of confidence. Instead of waiting for the Home Office to certify an extradition request and a district judge to issue a warrant, the police will be able to rely on an Interpol Red Notice as a lawful basis for arrest. This would go some way to replicating the speed and efficiency of an EAW while we wait for the new arrangements.

This is a significant change in the UK’s stance on Red Notices, which previously we have treated merely as an alert that someone is wanted in another country, as opposed to permitting them to be arrested, detained and taken to court to face potential extradition. The reason for this stance is well-known and long-established: Interpol cannot be trusted. Its processes are open to grave abuse by countries with a questionable commitment to, or even open contempt for, the rule of law. Red Notices are routinely issued for political or other improper purposes, based on flimsy or non-existent evidence. While an individual can challenge a Red Notice, this is often after the event and the process is opaque and can take 12 months or more.

This is not just the view of ‘lefty human rights lawyers’, but was recognised and debated openly as the bill passed through parliament. Its earlier version even included a clause requiring the secretary of state, before any country could be added to the ‘trusted’ list, to lay a statement before parliament confirming that it did not abuse Red Notices, although this was removed from the final text of the act.

So, if Interpol cannot be trusted to weed out unmeritorious and abusive Red Notices, we must assess the trustworthiness of the issuing country instead.

The government has said that only those in which we have ‘a high level of confidence… as extradition partners, in their criminal justice systems, and in their use of extradition’ will get on the list. That list is at schedule A1 to the act and, at commencement, comprises Australia, Canada, Liechtenstein, New Zealand, Switzerland and the US. However, the schedule also includes a reserve list of all the EU member states plus Norway and Iceland to be activated when we lose access to the EAW at the end of the transition period.

On one level, this is an admirably pragmatic solution to the inevitable loss of operational capacity on 1 January. Using Interpol cannot fully replicate the efficiency of the EAW, but it goes some of the way.

But what about those ‘further safeguards’ we were promised? This is where, on closer inspection, the act may undermine the standards we are seeking to enhance. To quote Raab again (from 2014): ‘The post-Soviet justice systems in many eastern European countries are truly appalling.’ While many people would not go that far, there is no doubt that adherence to the rule of law and respect for human rights in Hungary, Poland and Romania – all listed in schedule 1A – have deteriorated even since Raab’s scathing assessment.

Yet, far from subjecting those countries to increased scrutiny once freed from the straitjacket of mutual recognition, the act lowers the bar by replacing an EAW, which must be issued by a judicial authority in accordance with transparent and enforceable EU laws, with a Red Notice produced by a murky administrative process and regulated by a body that professes to be immune from legal challenges.

Trusting Liechtenstein and New Zealand not to abuse this new privilege is one thing, but rubber-stamping Hungary, Poland and Romania would, ultimately, be the opposite of what the government has promised to deliver.

Nick Vamos is a partner at Peters & Peters