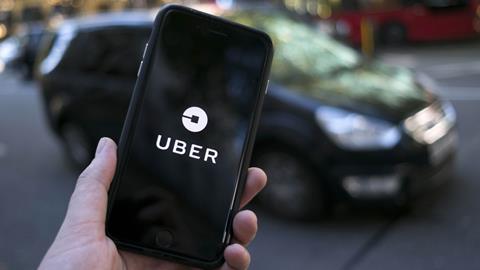 Uber: the contract is no longer king

For ingenious contract lawyers adept at dreaming up creative new clauses to ensure that their gig economy clients do not confer ‘worker’ status on those who provide services for them, Friday 19 February was a bad day. The Supreme Court threw a spanner in the works. 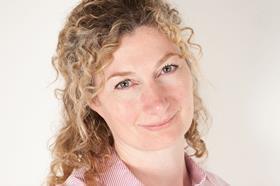 The court was ruling in a long-running legal battle between cab-hailing app Uber and two test claimants, with more claims waiting in the wings. Uber had asserted that its drivers, who could log on to the app as much or as little as they liked, were independent contractors working for themselves. The contracts carefully drawn up by Uber were between the drivers and the passengers, with Uber acting as booking agent.

But the Supreme Court was not having it. In a unanimous decision, it concluded that in real terms, factors such as the degree of control that Uber exercised over drivers, price-setting by Uber, and the way the firm used customer ratings to manage drivers’ performance, amounted to the drivers being afforded worker status. That meant they were entitled to rights such as the minimum wage and holiday pay.

For a while now, the courts have been edging towards an approach that pays more attention to what is happening on the ground than what the contract says, most notably in the 2011 decision in Autoclenz Ltd v Belcher [2011] UKSC 41. But now the Supreme Court has gone much further.

Giving the sole judgment in this unanimous decision of seven justices, Lord Leggatt spelt out a position that will have made employment contract lawyers’ eyes pop. In cases such as this, involving employment legislation designed to protect vulnerable workers, the ‘starting point’ is not the contract itself. Instead, the courts will begin by looking at the purpose of the relevant employment law, and see if the reality of their situation means that they should be protected by that legislation. The painstakingly crafted contract will no longer be centre stage. As Leggatt said: ‘It is the very fact that an employer is often in a position to dictate such contract terms and that the individual performing the work has little or no ability to influence those terms that gives rise to the need for statutory protection in the first place.’

Leigh Day’s Nigel Mackay, who acted for the claimants in Uber, describes the ruling as ‘hugely significant’. He explains: ‘Uber really developed that part of its argument as the case went on, that you start from the written contract; and if there’s nothing inconsistent [with the legislation] in that, then the contract is king… The real significance is that the Supreme Court has now confirmed that this black letter law approach doesn’t apply when you’re talking about statutory rights.’

Mishcon de Reya partner Will Winch says: ‘This is a huge change, and it’s opened the door to getting through a problem that people having been trying to solve for years. There have been all sorts of discussions on whether there should be a new statutory definition of worker, and whether that would work; and whether the law was sufficient to protect people in the gig economy. Now this has taken a wall off the way that people will look at the problem, and we can see it from a whole new angle. It has opened things up enormously.’

At present, gig economy contracts will often include artificial provisions specifically inserted to defeat any potential claim to worker status. A classic example is a ‘substitution clause’ to suggest that the person named in the contract is free to send someone else to do the work instead, even though in practice this would never happen. Other more imaginative options include clauses for the hire of tools from the company, to imply non-worker status. But what will the Uber ruling mean for these contracts in future?

‘There’s no point now drafting contracts that you know will have little relation to the reality of the relationship. Why bother?’ says Sean Jones QC, employment barrister at 11KBW. ‘If someone comes to you and says, please tinker with this contract to make sure there is no worker status; as a lawyer, you would now have to ask, is it worth it?’ He adds: ‘Tribunals will likely find it freeing… Uber does not give a bright line rule, but it tells you the tone and the approach that you should take, starting with “reality first”.’

The ruling could have a sweeping effect across the wider gig economy, particularly for businesses using the increasingly popular ‘platform’ model. Mackay says: ‘Any kind of business that is providing a platform that people are working through will be looking at this to see if they are an employer. You see this model in all kinds of sectors now – handymen, childcare, rubbish collection, cleaning.’

What factors will point towards worker status? ‘It’s about whether everything is closely controlled by the platform; if it controls how you contact the customers and how you do the work, and sets the price,’ explains Mackay. ‘Subordination is another big issue. If you’re effectively being managed in how you do the work, for example in Uber’s case through a ratings system, that’s one of the key things in a subordinate relationship.’

These factors are part of a fiendishly difficult balancing act that lies at the very heart of the gig economy. As Jones puts it: ‘The brand is everything. To preserve it, you need control. The more control you have, the more likely it is that people will be found to be workers. That is the central problem for the gig economy.

‘Companies have never been able to find that sweet spot with enough control, but without conferring worker status. It may just be that there isn’t a sweet spot; you can’t run a business like that without engaging workers. That might be a conclusion that many such companies may now be facing.’

As for Uber, it insists that the ruling will affect only a ‘small’ number of drivers and says it has made ‘significant’ changes to its business, meaning that ‘many of the examples called out in the judgment are no longer relevant’.