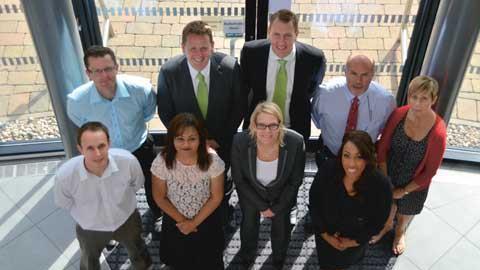 Two businesspeople, including a former executive with optician chain Specsavers, plan to invest ‘a seven-figure sum’ in a national law marketing network to promote independent firms.

Pete Storey, who founded one of Australia’s largest travel insurers, and former Specsavers and QualitySolicitors customer relationship manager Michael Hanney, are behind 1Solicitor, which they described as a ‘superfirm’.

Members will pay a £3,000 joining fee and £800 a month in return for access to panel work and a computer system which helps firms to understand their client base and retain clients. Unlike QualitySolicitors, member firms will continue to trade through a wholly discrete brand.

Storey, who said he has invested £250,000 of his own money in the venture, has bought software used by major high street brands to help create bespoke marketing campaigns.

‘We’ll pinpoint who is most likely to refer a customer – the postcodes most likely to produce the best return on investment. And we’ll study the patterns of the customer lifecycle – moving home, getting married, having a child, divorce and so on – allowing firms to reach clients more effectively,’ he said.

Storey added that focusing on retaining existing clients and getting better value out of them can be more cost-effective than generating new ones. He suggested it costs £10 to retain an existing customer, but over £100 to generate a potential new client.

The network is aimed at firms with between four and 20 solicitors. Members will save money on professional indemnity insurance, marketing, support services and general procurement, Storey said.

Storey told the Gazette he plans to invest ‘a further seven-figure sum’ in the business, which he hopes will have 75 member firms by June next year. Twenty firms have already indicated they are ‘seriously interested’ and six are going through the joining assessment. Hanney’s investment is not known.

Storey said: ‘We want 1Solicitor to be the dominant independent legal brand in the market.’